Amit Shah assures safety of doctors after incidents of assault

There have been reports of doctors being abused, beaten and denied entry into residences 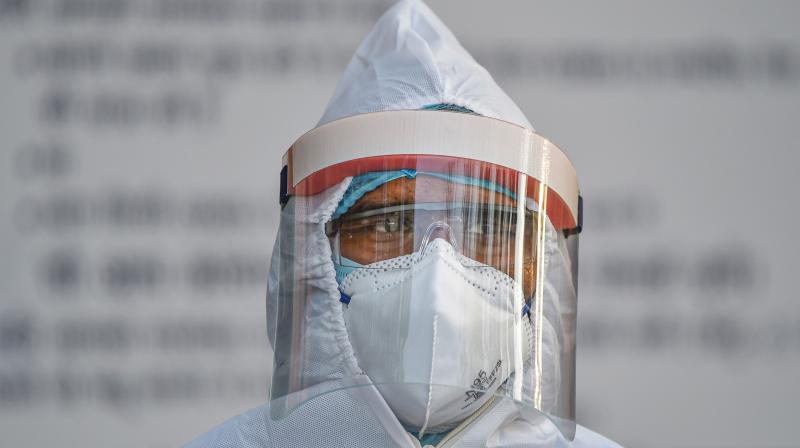 A medics wearing protective suit is seen at LNJP hospital during the nationwide lockdown, in wake of the coronavirus pandemic, in New Delhi. PTI photo

New Delhi: Union Home Minister Amit Shah on Wednesday interacted with a group of doctors and representatives of the Indian Medical Association (IMA) and appreciated their good work besides assuring them security, officials said.

This comes amid reports of attacks on healthcare workers and assaults on some doctors engaged in COVID-19 duties in different parts of the country.

The home minister interacted with the doctors and the IMA through video-conferencing, a home ministry official said.

Shah appreciated their good work and assured them full security, he said.

The home minister appealed to them to not do even a symbolic protest as the government is with the doctors, the official said.

The IMA was planning to stage protests against assaults on some doctors and healthcare workers engaged in COVID-19 duties.

There have been reports of doctors being abused, beaten and denied entry into residences.

Families of at least two doctors, who succumbed to the novel coronavirus in Shillong and Chennai, had faced opposition while performing their last rites as the locals claimed that burying them in their localities may lead to the spread of the infection.