Of the 80 COVID-19 deaths in the state till Tuesday night, 52 have been reported in Indore alone 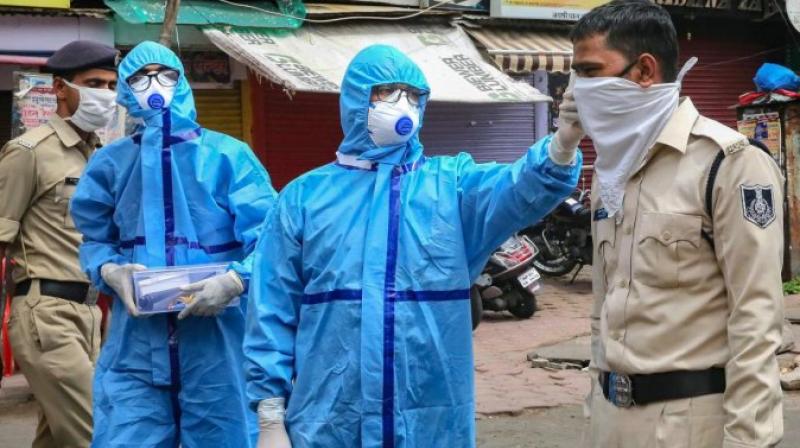 Bhopal: With 40 more persons testing coronavirus positive in Madhya Pradesh till Wednesday afternoon, the number of such patients in the state climbed to 1,587, health officials said.

However, as no fresh covid-19 death was reported since Tuesday night, the death toll in the state remains 80, a state health bulletin said.

The virus has now expanded its footprint to 28 out of the total 52 districts in the state with one more district Burhanpur - added in the list.

Bhopal witnessed the sharpest rise with 18 cases since Tuesday night, taking the number of COVID-19 cases in the state capital to 303.

Indore continues to top the state list with 923 cases, of which eight were detected since Tuesday night, the bulletin said.

The state health department revised the figures of coronavirus positive patients in Dhar district to 36 from 41 announced earlier. It attributed this decline to the discrepancies in the first and second covid-19 test reports of patients.

Khargone district has recorded 41 cases, Khandwa 32, Hoshangabad 25, Barwani 24, Raisen 26 (two new), Morena 16, Vidisha 13, Ratlam 12 (three new), Mandsaur eight, Shajapur six, four each in Sheopur and Chhindwara, three each in Alirajpur and Gwalior, two each in Shivpuri and Sagar and one each in Betul, Tikamgarh, Rajgarh, Dindori and Burhanpur, the health bulletin said.

Of the 80 covid-19 deaths in the state till Tuesday night, 52 have been reported in Indore alone. Seven each have died in Bhopal and Ujjain, six in Dewas, three in Khargone and one each in Jabalpur, Chhindwara, Mandsaur, Agar Malwa and Dhar.

So far, 152 patients have recovered from the infection and returned home, the officials said.

As many as 456 containment areas have been declared across the affected cities in the state, they said.