With the death of a 70-year-old man last month in SBS Nagar, Punjab had reported its first covid-19 related casualty 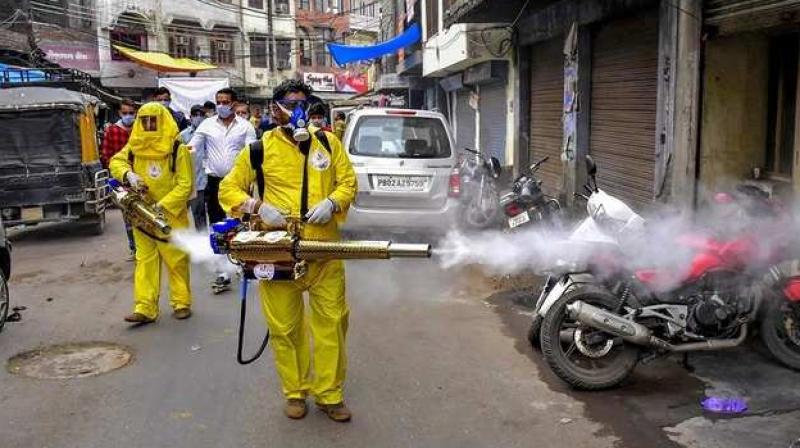 Chandigarh: A 16-year-old was discharged on wednesday from a hospital in SBS Nagar district, where no infected person now remains under treatment.

SBS Nagar was the first Punjab district to report a COVID-19 death. But the other 18 infected people have now been cured in what was initially regarded as a coronavirus hotspot.

The 16-year-old was the last among the total 18 coronavirus patients to be discharged from the SBS Nagar civil hospital after the report of his second sample came negative, an official said.

Seventeen coronavirus patients returned home earlier after they were fully cured of the virus.

Shaheed Bhagat Singh (SBS) Nagar, formerly known as Nawanshahr, a COVID-19 hotspot district, has so far reported 19 coronavirus cases including one death. It has not reported a fresh case since March 26.

With the death of a 70-year-old man last month in SBS Nagar, Punjab had reported its first covid-19 related casualty.

The septuagenarian, a resident of Pathlawa village in the district, had returned from Germany via Italy and died on March 18. He had tested positive for the infection after his death.

Officials had said he had infected 27 people who belong to SBS Nagar, Jalandhar and Hoshiarpur. Among the 27, fourteen were his own family members including his two-year-old grandson.

"People have been very supportive to our efforts and they know whatever we are doing is in their interest only. Without their support, it would not have been possible for us," said Bublani on Wednesday.

He said the containment plan was implemented effectively in the district, that has a population of about six lakh, and 15 villages were properly sealed to check the spread of coronavirus.

With the support of the civil administration staff, health workers, police and locals, the contact listing of positive cases was carried out extensively so that any patient whould not remain unattended, said Bublani, adding that at least 700 samples have been tested for coronavirus in the district so far.

Taking good care of COVID-19 patients, keeping them in good spirit and giving them good diet was another step that helped in their speedy recovery, he further said.

"Proper counselling of patients was done at the civil hospital so that they always remain in positive frame of mind. Our efforts have always been that they should not feel that they were acute patients. We always told them that they can be treated," the DC told.

Door to door surveillance of the whole district was another exercise which helped in checking the spread of coronavirus, he said, adding that the district administration was again going to carry out door to door survey.