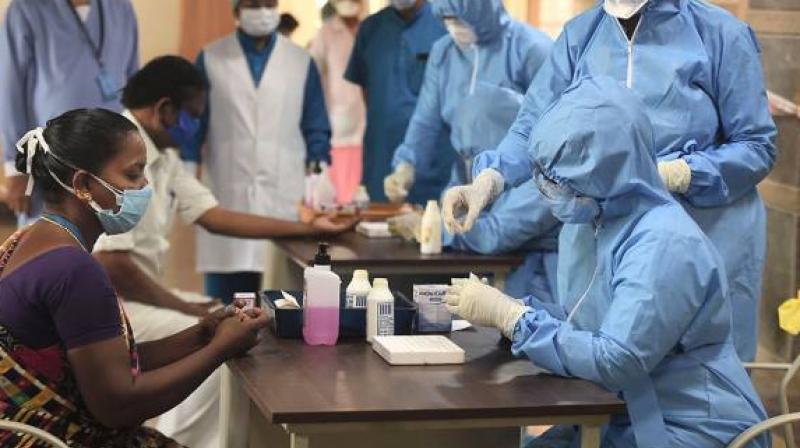 Patna:Ten people tested positive for Covid-19 in Bihar on Wednesday, eight of them in the state capital, raising the total number of cases to 136, a top official said.

Principal Secretary, Health, Sanjay Kumar said six cases are from Khajpura locality in the city where a 32-year-old woman had tested positive last week. She was diagnosed with the disease after she was admitted to AIIMS, Patna, for breathing difficulty.

The latest Khajpura patients include two women aged 30 and 57 years and four men in the age group of 28 to 62 years, the Principal Secretary added.

Besides, one case each has been reported from Jagdeo Path, a kilometre away from Khajpura, and Salimpur which is in another part of the city, Kumar added.

Contact tracing is on for the Jagdeo Path and Salimpur patients, he said.

In addition, a 26-year-old woman from Bihar Sharif, the headquarters of Nalanda district, which had reported 17 cases earlier this week, has tested positive.

Also, East Champaran district reported its first case a 25-year-old man who belongs to a village in Phenhara block and whose contact tracing is on.

Out of the 136 cases, 42 have recovered while two one each from Munger and Vaishali districts have died.

Nalanda has reported a total of 29 cases and it shares the top spot with Siwan. While 17 Siwan patients have recovered, Nalanda, the home district of Chief Minister Nitish Kumar, is still left with 27 active cases.

Munger has reported 27 cases, including a death and six recovered patients.

Patna, with 16 cases, is the third worst affected district in Bihar. Five patients have, however, recovered.

Out of 38 districts, only 16 have reported covid-19 cases so far, altogether 12,978 samples have so far been tested in the state.