India   All India  22 May 2017  J&K: Constable runs away with 4 rifles; Hizbul claims he joined outfit
India, All India

Saluting ‘valour and bravery’ of the constable, spokesman of the militant outfit said people like Naveed Shah would continue to join Hizbul. 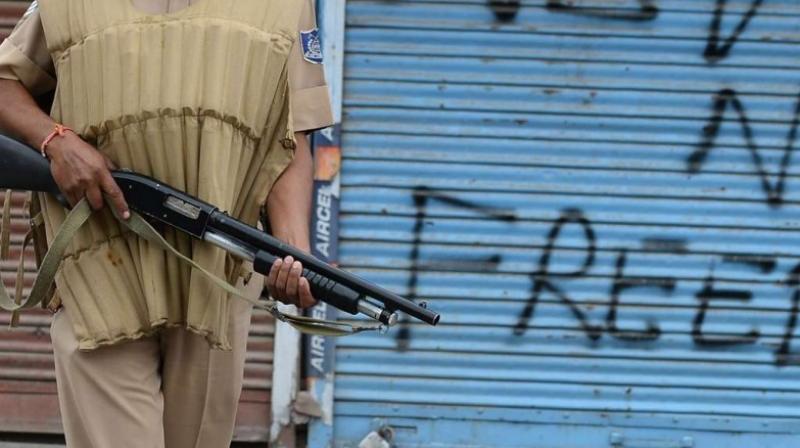 Srinagar: The Hizbul Mujahideen claimed on Sunday that the Jammu & Kashmir police constable, who decamped with four assault rifles from central Kashmir’s Budgam district, has joined them.

According to a report in the Indian Express, Hizbul Mujahideen’s operational spokesman Burhanuddin welcomed Syed Naveed Mushtaq Shah into their fold, and congratulated him for his act.

Saluting the ‘valour and bravery’ of the constable, he said people like Naveed Shah would continue to join Hizbul.

On Saturday evening, Naveed Shah fled with 4 rifles – his own and those of 3 of his colleagues, from Chandpora village in Budgam district, where he was deployed to guard a facility belonging to the Food Corporation of India (FCI).

Police officials were quoted as saying by the Indian Express that they could not confirm whether Shah had fled, but admitted that there could be no other reason he would disappear with 4 rifles, than to join the militants.

Subsequently, a manhunt has been launched for him, said the report.

But this is not the first incident of a constable fleeing to join militant ranks.

He was arrested later from Kulgam, said the report.

Significantly, he had been posted as a guard at then PWD minister and senior PDP leader Altaf Bukhari’s home.

Pandit, who was part of slain militant Burhan Wani's group and posed for a picture that went viral, was later killed in an encounter in Shopian district, said the report.