100 killed on Lucknow-Agra eway in 9 months

A senior official said that the vehicle moving at a high speed on the expressway was one of the major reasons for the mishaps. 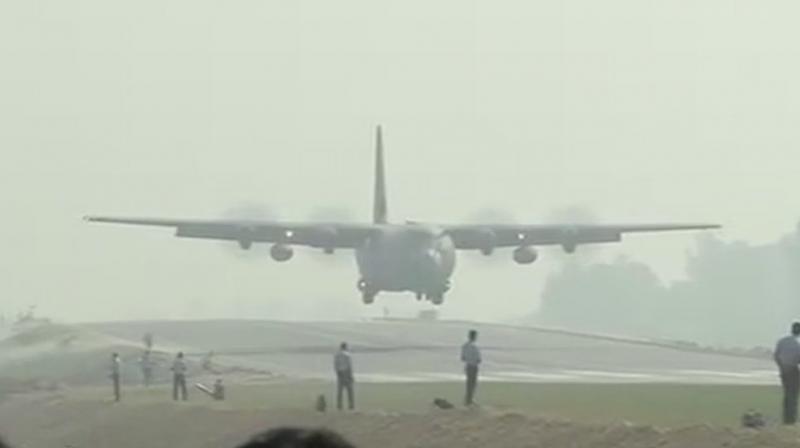 According to the response to an RTI query, in the past nine months, 100 persons have died in the 853 accidents that have taken place on the Expressway. (Photo: ANI/Twitter)

Lucknow: The much-talked about Lucknow-Agra Expressway is turning into a killer expressway.

According to the response to an RTI query, in the past nine months, 100 persons have died in the 853 accidents that have taken place on the Expressway.

Agra Development Foundation secretary K.C. Jain had posted a RTI query and the reply confirms that an abnormally high number of accidents and casualties are taking place on the expressway.

A senior official, who agreed to speak on condition of anonymity, said that the vehicle moving at a high speed on the expressway was one of the major reasons for the mishaps.

“The pile-ups that take place during winter months are mainly caused by speeding vehicles despite poor visibility”, he said.

The 302-kilometre expressway still does not have any infrastructural support including petrol pumps, vehicle repair shops, medical facilities and rest rooms. Ambulances are also not available on the Expressway in cases of emergencies.

The speed limit on the Expressway is 120 kilometres per hours but most vehicle race beyond the speed limit, causing fatal accidents.

“We have to get a system in place under which speeding vehicles can be checked within minutes and asked to slow down”, the official said.

The expressway, built at a cost of Rs 15,000 crore, has six lanes which can be extended to eight lanes. There are four railway over bridges, 13 bridges, 57 small bridges, 74 underpass, 148 pedestrian underpass, and nine flyovers. The expressway was completed in a record time of 23 months and over one crore vehicles are expected to use the Expressway in one year.

The expressway is built across ten districts and 3500 hectares of land. The districts through which the Expressway passes are Lucknow, Hardoi, Unnao, Kanpur, Kannauj, Auraiyya, Etawah, Mainpuri, Ferozabad and Shikohabad.