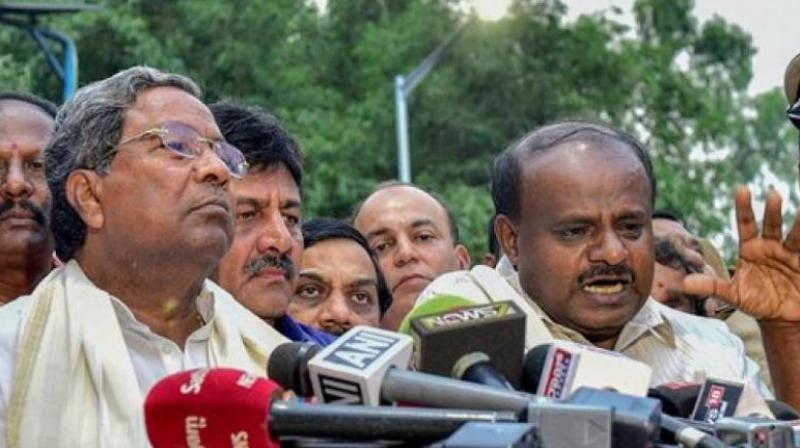 Chief Election Commissioner TS Krishnamurthy said that Governor Vajubhai Vala should have imposed President's Rule for three months and, if no government is formed within this time-frame, then recommend dissolution of the House and conduct fresh elections. (Photo: File)

Hyderabad: Imposition of President's Rule would have been the right thing to do in Karnataka, where assembly elections resulted in a hung verdict with no party getting absolute majority to form the government, former Chief Election Commissioner TS Krishnamurthy said. He also suggested other options that India can explore to ensure a simpler, cleaner and more transparent election process.

"If the government cannot be formed because of the situation in Karnataka, then the right thing would have been to impose President's Rule," he said.

Noting that all three parties, BJP, Congress and JD(S) -- have not secured the majority, Krishnamurthy said that Governor Vajubhai Vala should have imposed President's Rule for three months and, if no government is formed within this time-frame, then recommend dissolution of the House and conduct fresh elections.

"I am not saying President's Rule is the solution, but it could have avoided all this wastage of time, money, alleged horse trading, and bargaining for portfolios and things like that," he said.

On the first-past-the-post election system, where a candidate winning the highest number of votes is declared a winner, Krishnamurthy said it should be done away with.

"First-past-the-post system should go, that has resulted in very undesirable consequences...people with 20-25 per cent votes get elected. Otherwise (if this system is not done away with) there will be loyalty to particular sectional interest like caste, creed or language whatever," he said.

"The best thing is to either introduce proportional system, where political parties get seats based on the percentage of votes they get, or insist on 33.33 per cent vote to be polled by the winner in which case smaller sections will play a less role and there will be more loyalty towards the constituency," he suggested.

If no candidate gets at least 33.33 per cent votes, then there should be reelection in that constituency.

"In many countries, 50 per cent-plus-one-vote is insisted upon for winning. As a first step, (we need to insist on getting) 33.33 per cent (votes for winning)...may be for the next five to 10 years, and thereafter make it 50 per cent (votes to be declared winner) so that political parties will not represent sectional interest," Krishnamurthy explained.

According to him, there should also be a separate law regulating the functioning of political parties. "And that law should also provide that once you are elected, you cannot be changing the party for the formation of the government".

The former chief election commissioner also called for a separate election fund and said corporates and individuals contributing to this fund should get 100 per cent tax exemption.

"That money will be used for elections so that there is no nexus between corporates and political parties," Krishnamurthy added.

B S Yeddyurappa had on May 19 stepped down as the Karnataka chief minister without facing the floor test in the state assembly as the BJP fell marginally short of numbers, following which JD(S) leader HD Kumaraswamy met Governor Vajubhai Vala, and said he had been invited to form the government.

The May 12 Karnataka assembly polls threw up a hung assembly, with the BJP emerging as the single largest party with 104 seats. The majority mark was 112.