The BJP is hoping to win the election here highlighting the alleged electoral malpractices of Munirathna. 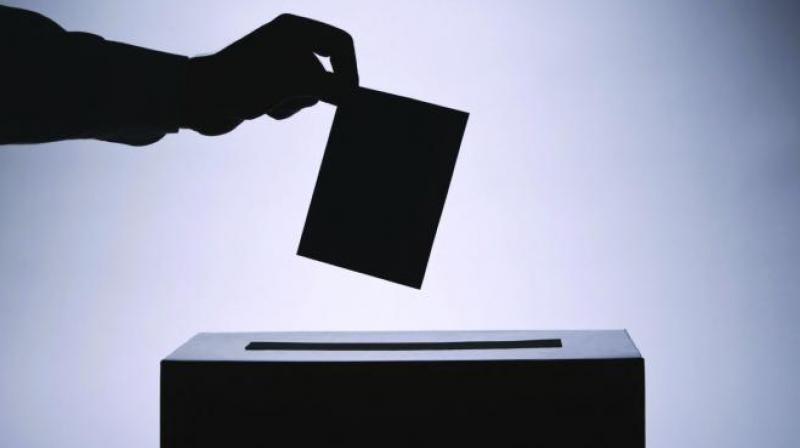 Bengaluru: The biggest challenge for the Opposition BJP after making a quick exit from power, is to win the Rajarajeshwari Nagar and Jayanagar Assembly constituency bypolls which will help it increase its tally from 104 to 106 in the Assembly though it will still be a long way from achieving the magic number of 113 in the House.

In Jayanagar which goes to polls on June 11, Prahlad Babu, the brother of BJP MLA B.N. Vijaykumar, who died during the poll campaign, will in all probability be the party candidate as it will help the BJP encash the sympathy vote. Considering the seriousness of the bypolls, the party has authorized two Union Ministers, Ananth Kumar and D.V. Sadananda Gowda to oversee the campaign in Jayanagar and RR Nagar respectively. The ministers have held the first round of meetings with party cadre about preparations for the campaign.

The Congress candidate for Jayanagar is Sowmya Reddy, daughter of former Home Minister and Congress MLA of BTM Layout, Ramalinga Reddy. Since Mr Reddy has a strong grip on the constituency having represented it earlier, his daughter is sure to give a tough fight to the BJP candidate, say sources. The BJP is however confident of retaining the seat and is depending on the good work done by late Vijaykumar to romp home.

In RR Nagar, however, it’s no easy going for the BJP which could face a tough fight from incumbent MLA, Munirathna (if he is given the Congress ticket), though JD(S)  candidate G.H. Ramachandra too is quite popular in the constituency. The BJP is hoping to win the election here highlighting the alleged electoral malpractices of Munirathna.