Our timely action prevented the BJP from seeking support of the JD(S). 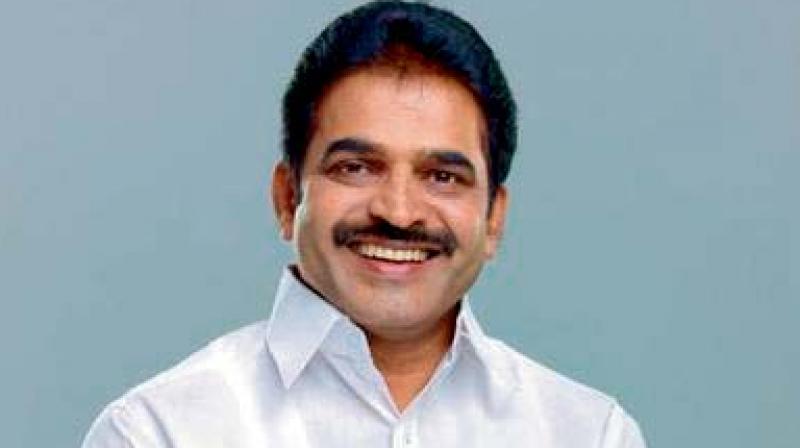 Congress general secretary and Karnataka in-charge K.C. Venugopal stayed in Karnataka for three to four months before the Assembly polls to ensure that his party comes back to power. He worked relentlessly with chief minister Siddaramaiah, KPCC president G. Parameshwar and other senior leaders launching campaigns, meeting voters door-to-door and in the selection of candidates. He spoke to Shyam Sundar Vattam on the formation of a Congress-Janata Dal (Secular) coalition government in Karnataka.

A. day before counting of votes, Congress President Rahul Gandhi convened a meeting to discuss how the party should go about it. Then we decided to have Plan-1 and Plan-2. Plan 1 was about forming a Congress government in case we cross the magic number of 113. Plan-2 was to approach Janata Dal (Secular) in case of a hung assembly where no party gets an absolute majority. As the results started coming in on May 15, we read the trend and informed Rahul Gandhi who immediately dispatched Leader of Opposition in the Rajya Sabha Ghulam Nabi Azad and Ashok Gehlot to get into the act of approaching the JD(S) immediately.

When the BJP numbers stopped at 104, Mr Azad and Mr Gehlot, in consultation with Siddaramaiah and Dr Parameshwar spoke to former PM Deve Gowda and offered support to form the next government.

Our timely action prevented the BJP from seeking support of the JD(S). The JD(S) supremo readily accepted our offer of making his son H.D. Kumaraswamy the next chief minister. Our intention was to mainly check the communal party from coming to power.

A. We never imagined that Mr Vala would be partisan to this extent. When both Congress and JD(S) senior leaders met the governor at Raj Bhavan after the results were out, the latter said he would call us after consulting legal experts. We had a big shock when Mr Vala took a hasty decision and invited Mr Yeddyurappa to take the oath despite we submitting a letter containing the signatures of all Congress, JD(S) and two independent legislators. Then our Delhi leaders moved an application in the Supreme Court questioning the governor’s decision which directed Mr Yeddyurappa to prove his majority on May 19 which he did not.

Q. Will the Congress-JD(S) coalition continue in the 2019 Lok Sabha elections too?

A. Why not? There is no harm in having an alliance with the JD(S) since it is a party identified with the anti-BJP front created to prevent the BJP led NDA from coming back to power in 2019. I am sure that our ‘ghatbandhan’ will continue even in Karnataka to oust the Modi government.

However, the Congress is yet to take a call on jointly fighting the by-elections in Jayanagar and Rajarajaeshwari Nagar. I am hopeful that a positive decision will be taken.

Q. Are there are problems among coalition partners over sharing of portfolios and having two deputy chief ministers?

A. Let me tell you that the discussion regarding formation of the Cabinet, number of ministers and other things has not yet started. According to me, there will be some problems over sharing power but both  parties have a broad aim of keeping the BJP out of power. God knows the amount of pressure we underwent to keep our newly-elected MLAs together to save them from poaching by the BJP. When I was travelling with our party MLAs, one of the lawmakers got a call from a senior BJP leader asking him to get down from the bus and offered huge money and a minister’s post. After reaching the Hyderabad hotel, calls came from former BJP minister G Janardhan Reddy asking them to visit a nearby coffee shop to strike a deal. But, we successfully guarded our legislators till Saturday. The Union government also used agencies like the income-tax department and ED to threaten Vijaynagar MLA Anand Singh to come back to BJP. Since we and JD(S) fought elections separately some problems are bound to crop and it will be sorted out soon.

Q. Doubts are being raised about the longevity of the Congress-JD(S coalition government.

A. I assure the people of Karnataka that this government is going to complete its term of five years without any problems.

Q. Will the coalition government have two deputy chief ministers?

A. I don’t know about it. Since it is a policy decision, it will be decided by Mr Rahul Gandhi in consultation with the CM-elect Mr Kumaraswamy and Mr Deve Gowda.

Q. Rumours are rife that both Congress and JD(S) will share 30 each months in power. Is it true.

A. (Laughs). I cannot comment as I am not aware of it.