India   All India  22 May 2018  Cong's G Parameshwara to be sworn in as K'taka deputy CM tomorrow
India, All India

Congress's K R Ramesh Kumar to be the Speaker of Karnataka's Vidhana Soudha. 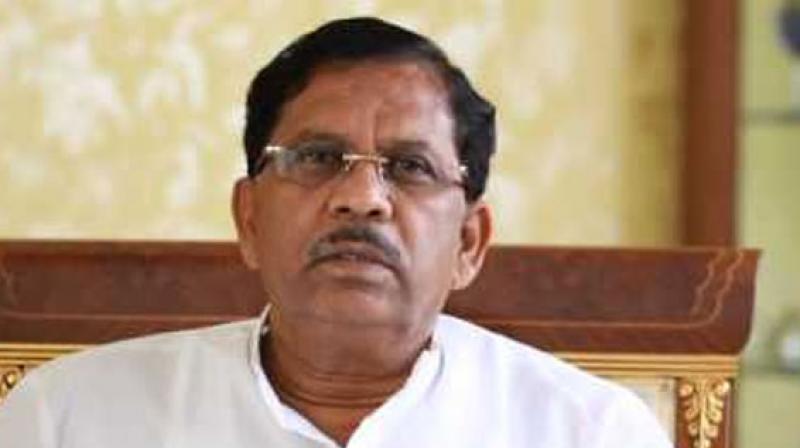 Congress's G Parameshwara will be the Karnataka deputy chief minister and will be sworn in tomorrow. (Photo: File)

Bengaluru: Congress's G Parameshwara is all set to be the Karnataka deputy chief minister and will be sworn in tomorrow.

With G Parameshwara's appointment for the post, Karnataka will get its first Dalit deputy chief minister.

Congress's K R Ramesh Kumar to be the Speaker of the Karnataka's Vidhana Soudha.

Congress-JD(S) leaders met on Tuesday and discussed about the cabinet formation.

As per discussions, out of 34 ministries, 22 will go with Congress and 12, including the Chief Minister will be with be with JD(S).

K C Venugopal said allocation of portfolio will be decided after floor test.

Who is G Parameshwara:

G Parameshwara has been the Karnataka Pradesh Congress Committee (KPCC) president for eight years now. He was appointed as KPCC president on October 27, 2010.

According to reports, Parameshwara was defeated at Koratagere during the 2013 Karnataka Assembly elections. He was one of the top contenders for the chief ministerial post but reports suggest because of his defeat, Siddaramaiah was elected as the CM.