India   All India  22 May 2018  Greens in Goa fight plunder by moneybags
India, All India

In the past 40 years, environmentalist Claude Alvares has seen Goa gradually slip into decay in the name of economic development and job creation. 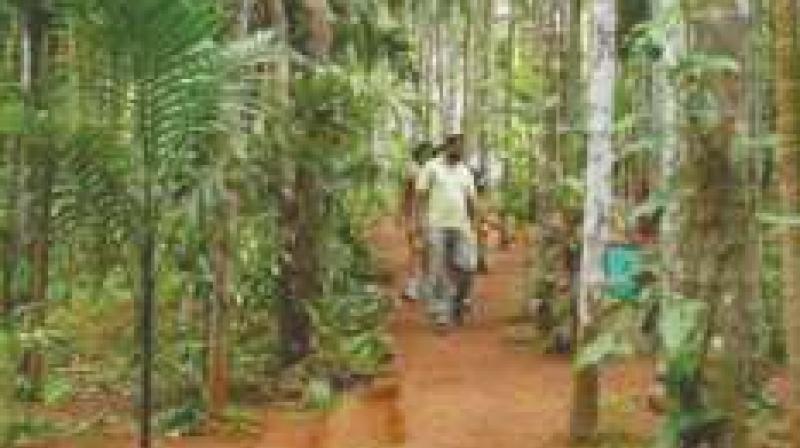 In the past 40 years, environmentalist Claude Alvares has seen Goa gradually slip into decay in the name of economic development and job creation. The uncontrolled influx of land sharks and their greedy political mentors have undone the Goans’ famous way of maintaining a balance between ecology and economy that has been practised for over 500 years. Pained by the changing skyline of Goa and the shrinking green cover, Mr Alvares tells this newspaper  how he is trying to raise a voice to sensitise the locals and bind them into a pressure group to save the idea called Goa.

Goa has been an attraction for tourist because of its green beauty. People who come here want to see how the locals live in harmony with the greenery, orchards, wildlife, creeks, rivers, mountains, plateaus, rice fields and beaches.

“The present, imposed model of economic development is naturally an outside component. The focus on economic returns is in conflict with what has been put up by the locals in the past 500 years,” he said.

The economic and industrial model of the moneybags invading Goa does not recognise the efforts that have gone into the state’s built environment, “For the past 10 years now, Goa has been almost in a permanent state of war. There have been regular invading armies and conquests, mostly originating out of Delhi, Hyderabad, Bangalore or Mumbai, or even Haryana and other places, each biting off slices of Goan villages, and the Goa government has in every conceivable case, gone all out to support them,” he said.

It is true for politicians from all hues, he complains, adding that the local population does not have the clout to counter the influential investors who are out to replace the greenery with commercial ventures.

The political leaders who run this government only come to the villagers when they want their votes. They are not bothered about the wishes of the villagers who are often not consulted before acres of land near their habitat is allotted for projects ranging from five star hotels to distilleries, golf courses to industries like rubber factories.

There is a growing feeling that land sharks are getting prompt clearances from the government for even those projects which do not go down well with the locals.

“When ordinary Goans approach the same bodies for similar permissions or approvals, they are made to run around coconut trees. Now even that may not be possible, because at Amdai, more than 1,000 coconut trees will be cut to produce liquor and beer for tourists and other elements, as if they haven’t already drunk themselves senseless,” he said.

Mr Alvares, 70, who serves as the executive secretary and director of Goa Foundation, said that the little successes tasted by their pressure group over the past four decades have given it the motivation to wage a green battle.

It was due to the legal battles fought by Mr Alvares and local Goan networks that a distillery project in Amdai on the banks of the Uguem river has been hanging fire for almost 12 years.

In his journey, he has weathered personal attacks with some people questioning is Goan roots. “My wife and kids are Goan and I myself shifted from Mumbai to Goa in 1977,” he said, claiming that there is no doubt that his heart beats for Goa.

Mr Alvares, who got his PhD from the Technische Hogeschool, Eindhoven, in the Netherlands in 1976, also recounts how local Goans are fighting against a proposed golf course in Tiracol where a village lost 12,12,000 sq mts out of 13,84,000 sq.mts to a developer from Delhi.

In Cavelossim, a land deal has been approved even though the village and panchayat said that they did not want another five-star hotel in their midst. At Baga, huge illegal constructions put up at La Calypso, had to be finally demolished because of court orders.

In July, Goan environmentalists tasted a victory when they forced the authorities to restore a ban on cutting of coconut trees. “However, during the period between the lifting of the ban and its restoration, 1,400 precious coconut trees were felled in Ponda for a rubber factory,” he said.

The threat to Goa’s natural beauty are numerous and even those in the government, knowingly or inadvertently, are compromising the state’s built environment.

“They now want to have an IIT in the state and double-track the railway line,” he said.

The ruthless invasion by greedy developers is forcing Goans to witness the demise of their traditions. “Despite the existing rules to protect the coastal areas, houses are being built on beaches within 500 m of the high tide zone. House on hills, which  were never a part of Goan culture, have started coming up,” he said, blaming systemic failure for the environmental degradation.

Thankfully, the six wildlife sanctuaries in the state have withstood the onslaught of greed and invasion by money bags from Delhi and other states.

“Had it not been for the Supreme Court’s close watch on the sanctuaries, the developers would have ruined them as well,” said Mr Alvares.

The future of Goan environmentalists’ battle is going to be tough but Mr Alvares said he and his friends are ready for it. “We will continue to build large scale public support and involve as many people as possible to act against the wrongs,” he said.