India   All India  22 May 2018  J&K: 4 girls injured as Army opens fire on protesters over Iftar party
India, All India

The Army's 12 Sector officials said that they have no knowledge about the incident. 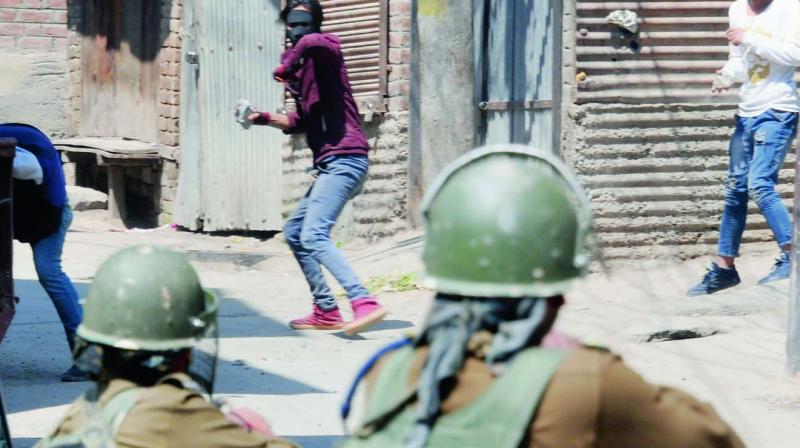 The police sources said that the Army jawans opened “aerial fire” when some “miscreants” hurled stones at them in Shopian’s Dreed Kalipora village. (Representational image)

The police sources said that the Army jawans opened “aerial fire” when some “miscreants” hurled stones at them in Shopian’s Dreed Kalipora village. The reports said that the Army had invited the local elders and other prominent villagers to an Iftar party but the village Auquaf committee had advised it not to hold any such event in view of the anger among the local residents over the recent killings in the security forces action, the locals told the police.

However, the Army ignored the advice and went ahead with hosting the Iftar party at a local mosque. As the word about it spread, groups of youth took to the streets chanting pro-freedom slogans and then allegedly hurled stones at soldiers.

The Army, the witnesses said, opened fire injuring four girls. Two of them  identified as Aqsa Jan and Shobi Jan have been brought to a Srinagar hospital. The other two injured girls -Shakira Akhter Aafi Jan- are siblings, the reports said.

The police said that the soldiers of Army’s 34 Rashtriya Rifles had gone to participate in the Iftar party held at the Jamia Masjid in Dreed Kalipora. But while the Iftar party was underway, some “miscreants” started protesting and allegedly hurled stones at the soldiers. The police also said that while withdrawing from the area the Army jawans fired some rifles shots in the air during which four girls were hit. “All the four and stable and one of them has been discharged from hospital since", the police said.

The incident comes days after the Centre announced a conditional ceasefire in J&K by halting operations against separatist militants during the Muslim fasting month of Ramazan.

Meanwhile, the Army said that keeping up with the spirit of the holy month of Ramazan, it organised an Iftaar party for the locals of Bijbehera, Bunera and Arizal in south Kashmir which was attended by the local youth, prominent businessmen, surrendered militants and leaders of the region. “Namaz was offered collectively by the locals and the Army personnel which was followed by an interactive session with the awaam (masses). The party culminated with dinner for all after ending the day's fast with dates and juice. The locals expressed their gratitude towards the Army for organising the event and welcomed such gestures in the future,” a statement issued by it here said.

A report from Shopian said that the angry mob also ransacked a stall set up by the Army outside the main mosque in Dreed Kalipora for the Iftar party.

A defence spokesman here said that the details of the reported incident are being collected. The Army's 12 Sector officials said that they have no knowledge about the incident.