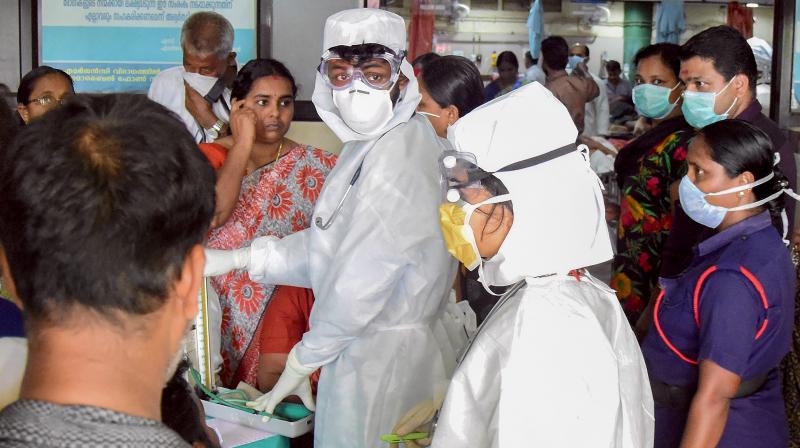 Thiruvananthapuram: The deadly Nipah virus has so far claimed 10 lived in Kerala.

State Health Minister K K Shailaja Teacher said, “As of now, we have test results of 18 samples. 12 of them have been tested positive for Nipah Virus. 10 of them have already died. 2 of them are in critical condition.”

The minister added that no new cases have been reported in the last 24 hours.

Kerala is on high alert over the infection and two control rooms have been opened in Kozhikode. A central team has also been sent to the district to help the state administration. 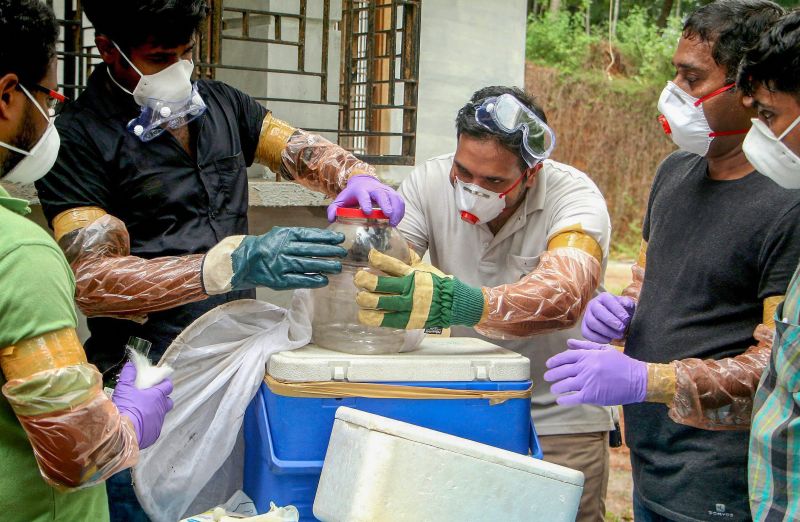 Animal Husbandry department and forest officials collect bats from a well of a house after the outbreak of Nipah virus. (Photo: PTI)

Nipah virus (NiV) infection is a newly emerging zoonosis that causes severe disease in both animals and humans. The natural host of the virus are fruit bats of the Pteropodidae family, Pteropus genus.

A patient suffering from acute Nipah virus can fall into coma within 48 hours.

The virus travels through direct contact with a patient.

No vaccine has been developed for the disease and there has not been much research into it. The best that can be done is to ensure that patients wear face masks and maintain proper hygiene measures.