The NCDC team has visited the house in Kerala's Perambra from where the initial death was reported and found many bats in a well. 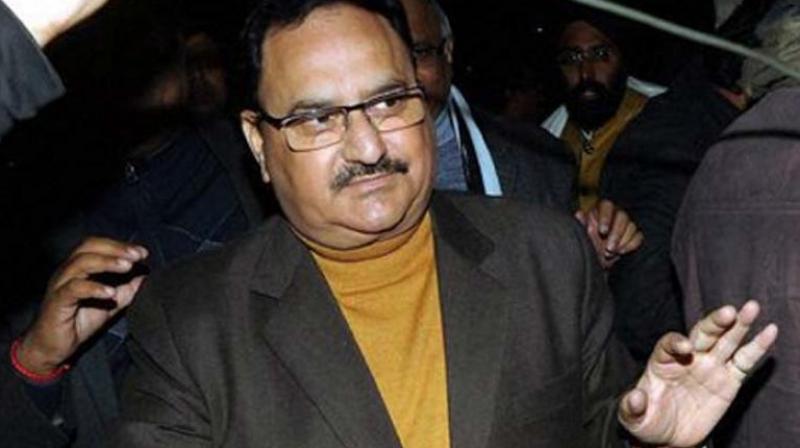 The health ministry said a total of nine persons are currently undergoing treatment and isolation wards have been opened in several hospitals in Kozhikode. (Photo: File)

New Delhi: In the wake of the Nipah virus claiming 10 lives in Kerala, the Union Health Ministry on Tuesday asked people not to "panic" and said the outbreak is "unlikely" to spread as early and efficient containment measures were being taken. The ministry also noted that the outbreak appeared to be a "localised" occurrence.

The minister, after reviewing the situation in Kerala with Union Health Secretary Preeti Sudan and Director General, ICMR, Dr Balram Bhargava, also directed officials to extend all support to the Kerala government in its prevention and management.

The health ministry said a total of nine persons are currently undergoing treatment and isolation wards have been opened in several hospitals in Kozhikode. It said that a multi-disciplinary central team from the National Centre for Disease Control or NCDC is in Kerala and is constantly reviewing the situation.

The NCDC team has visited the house in Kerala's Perambra from where the initial death was reported and found many bats in a well from where the family took water.

Some of the bats have been caught and sent for examination to a laboratory to confirm whether they were the cause of the disease, an official statement said.

"Sixty different samples have been collected from the spot and sent for examination. There are two confirmed cases with history of contact with the index case. They were admitted to the Calicut Medical College and Hospital and died due to the Nipah virus," the ministry said in the statement.

Besides, the team also has two clinicians and an expert from the animal husbandry ministry.

The ministry has also mobilised a public health team from the NCDC's Kozhikode branch to assess the extent of the problem for risk assessment and management.

"They are assisting the state-level team deployed at the epicentre. So far, seven patients have been admitted to the Baby Memorial Hospital and to the Government Medical College in Kozhikode, and to the Amrutha Medical College, Ernakulum," the statement said.

Nadda urged citizens not to believe in rumours on social media and spread panic.

"Hospitals in the public and private sector have been provided with personal protective equipment and appropriate steps to contain this virus have been taken among domestic animals such as pigs. Since all the contacts are under observation and steps to avoid exposure through animal vectors have been taken there is no reason for people to panic. This appears to be a localised occurrence," the ministry said.

With early and efficient containment measures undertaken jointly by the health ministry and the Kerala government, the outbreak is "unlikely to spread", it said. The Virus Research Diagnostic Laboratory at Manipal Hospital and the National Institute of Virology has been asked to meet diagnostic challenges.

The health institutions have also been asked to ensure isolation facilities, ventilator support and infection control practices, and coordinate to enhance surveillance for unusual illness and deaths in animals.