India   All India  22 May 2018  Take care of our children: Nipah virus-affected Kerala nurse in death note
India, All India

The Nipah virus has so far claimed 10 lives in Kerala. 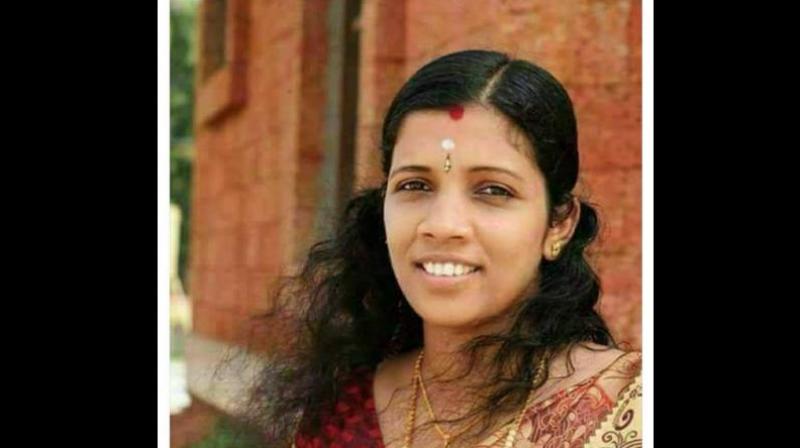 Thiruvananthapuram: Lini Puthussery (31), a nurse at the Perambara hospital who died on Monday after possibly getting exposed to the deadly virus while treating Nipah virus infected patients, could not even get a chance to bid adieu to her loved ones.

"I am almost on my way, take care of our children..." Lini had scribbled in a note for her husband.

She was cremated quickly on Monday so the infection wouldn't spread.

Kerala tourism minister Kadakampally Surendran condoled her death and shared the final letter, which she wrote to her husband, on Facebook.

“Saji Chetta, I am almost on my way. I don't think I will be able to see you. Sorry. Take care of our children properly. Take them with you to the gulf. They shouldn't be alone like our father. Lots of love..." she wrote in the heartfelt note.

Kerala chief minister Pinarayi Vijayan wrote on Facebook, “The loss of Lini, who had sacrificed her life for nursing a patient, is a grief for all of us. Lini’s sacrifice is incomparable. It is painful that Lini met with this tragedy while she was sincerely doing her duty. We, the people of the state, share the pain and loss of Lini’s family, friends and colleagues.”

According to a report in The Times of India, United Nurses Association (UNA) state vice president Suneesh AP said that Lini had passed away in her line of duty and that the government should step in to offer help to the family.

"UNA representatives will visit the house of Lina soon and would provide our support. The government too should provide aid to the family,” he added.

The Nipah virus has so far claimed 10 lives in Kerala.

Kerala health minister K K Shailaja Teacher said, “As of now, we have test results of 18 samples. 12 of them have been tested positive for Nipah virus. 10 of them have already died. 2 of them are in critical condition. No new cases have been reported in the last 24 hours.”

Nipah virus (NiV) infection is a newly emerging zoonosis that causes severe disease in both animals and humans. The natural host of the virus are fruit bats of the Pteropodidae family, Pteropus genus.

Also Read: Nipah virus is fatal, it is carried to humans by fruit bats

No vaccine has been developed for the disease and there has not been much research into it. The best that can be done is to ensure that patients wear face masks and maintain proper hygiene measures.