India   All India  22 May 2018  ‘Those attending rivals’ rallies will be cursed’
India, All India

‘Those attending rivals’ rallies will be cursed’

Mr Rajbhar, known for making controversial statements, said that he had demanded total prohibition in Uttar Pradesh in order to ensure development. 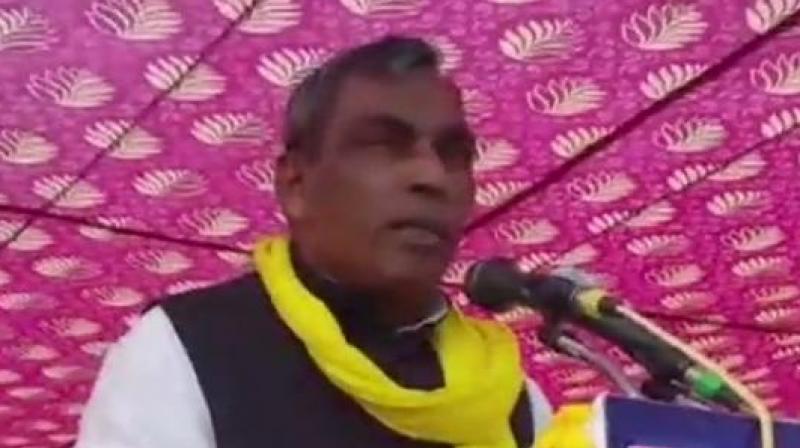 Lucknow: In an unprecedented development, controversial UP minister Om Prakash Rajbhar has stated that those attending the rallies of his political rivals will be “cursed” with jaundice.

Mr Rajbhar, who heads the Suheldev Bhartiya Samaj Party (SBSP) which is a BJP ally in Uttar Pradesh, added that those who are “cursed” will recover only when he provides the “medicine”.

Mr Rajbhar who was speaking at a rally in Ballia, said, “Until my team comes and invites you for my rally, you will not attend the rally of any other party or leader. If somebody attends it he/she will have to face my curse. He will suffer from jaundice and it will be only cured when O P Rajbhar provides medicine”. Mr Rajbhar, known for making controversial statements, said that he had demanded total prohibition in Uttar Pradesh in order to ensure development. He recalled that Prime Minister Narendra Modi had promised in his election meetings that he would implement the Gujarat model in UP he now wanted to remind him of his promise.

He said that no party has mustered the strength to raise issue of banning liquor in the state and urged women to defeat those who provide liquor for votes.