Bhat is under flak for inaction in complaints against writer-comedian Utsav Chakraborty, Khamba directly accused of sexual misconduct. 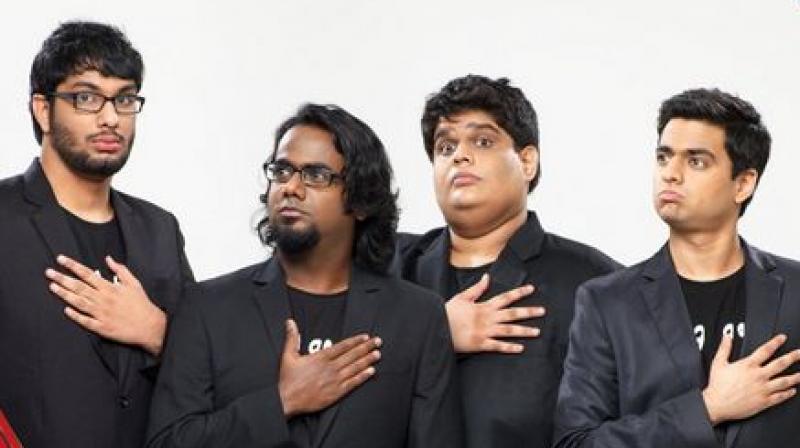 Mumbai: Comedy group AIB on Wednesday announced Gursimran Khamba will no longer be involved with the company and Tanmay Bhat will step down from the post of CEO.

Last year, Khamba and Bhat, the co-founders of the comedy quartet, distanced themselves from the comedy group, which is battling allegations of sexual harassment against its members.

While Bhat is under attack for his inaction in the complaints against writer-comedian Utsav Chakraborty, Khamba has been directly accused of sexual misconduct.

In a statement shared on its official Twitter account, the company also said the AIB YouTube channel is "dead for the foreseeable future". AIB said there has been an Internal Committee and anti-harassment system in place from the start. But the culture at work may not have been perfect which needs to be improved, the statement added.

"To that end, we maintain that Tanmay Bhat's lapse of judgement regarding Utsav Chakraborty was egregious. As a result, even though, Tanmay Bhat's suspension has been lifted, he will no longer hold the position of CEO."

In Khamba's case, the company said they appointed a two-member External Committee (EC) -- comprising a senior partner at a law firm and a diversity consultant -- to look into the allegations.

But the comic had stepped away from the investigation process during its course, citing "issues with procedure", AIB said in the statement. "The EC was unable to conclude the investigation on account of this withdrawal. Given these circumstances, Gursimran Khamba will no longer be involved in operations at AIB, and will be working independent of us," the company added.

As per the statement, the company will continue to be managed by remaining two members Rohan Joshi and Ashish Shakya, who will also pursue solo interests in the coming future. AIB said as a "hundred per cent independent, creator-owned company", post the allegations going public, their business went to "zero".

“The lack of revenue inflows made it impossible for us, as owners, to sustain outgoing costs... But with no revenue and operational costs piling up, we had to make some hard, and unfortunately permanent decisions. We had to let our office space and entire team go overnight." The statement added all the employees who were let go managed to find another job.

"The AIB YouTube channel is for all intents and purposes, dead for the foreseeable future - there will be no new sketches anytime soon... If and when we decide to release other content on the channel (for eg stand-up clips), you will be the first to know," it added.

The statement was the first activity on the group's Twitter page since October 2018, after company HR head Vidhi Jotwani announced Bhat and Khamba were distancing themselves from AIB amid allegations in the wake of the #MeToo wave.