Luo Zhaohui, Chinese Ambassador to India will return to Beijing after he was promoted to level of vice-minister. (Photo: ANI) 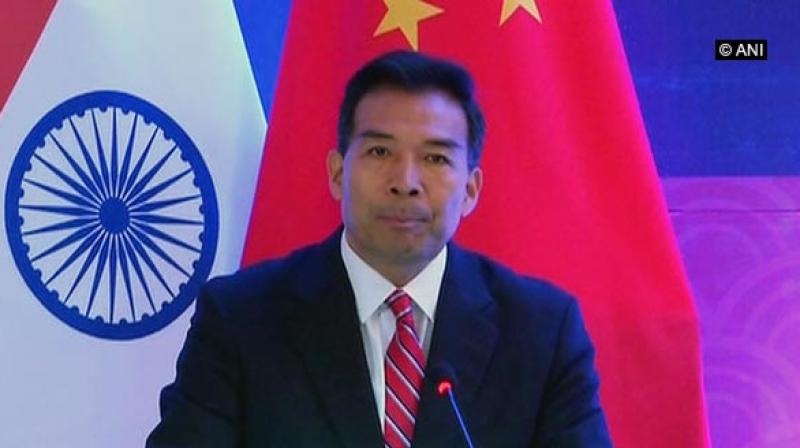 'Despite their busy schedules, the two leaders spent their time together and it really touched me,' Zhaohui said. (Photo: ANI)

New Delhi: Chinese Ambassador to India, Luo Zhaohui, who will soon return to Beijing, said that his president Xi Jinping and Prime Minister Narendra Modi share good chemistry and that he was very touched by their informal meeting in Wuhan last year.

Luo Zhaohui, who is said to have played a significant role in dousing of tensions during the Doklam standoff and subsequently, will be returning to Beijing after he was promoted to the level of a vice-minister.

"Leaders take their time from a busy schedule to pay attention to this important bilateral relationship. As a diplomat and as an Ambassador, we handled the matter directly so we should implement it. That is our responsibility to implement on the consensus reached by the leaders," he added.

Luo said that he was quite sure that friendly engagement between India and China will continue after the Lok Sabha elections.

"Next month there is an SCO meeting and after that, there will be the G-20 summit. Leaders will meet in the conferences and so this has become the tradition," he said.

Modi and Xi had met during the informal meeting in Wuhan in April last year. The meeting was held without a fixed agenda.

The informal summit took place in the backdrop of Doklam standoff which had strained ties between New Delhi and Beijing.

The Chinese President had also visited Gujarat, Modi's home state after his BJP government came to power in 2014.

"The chemistry between leaders is important and people-to-people chemistry is even more important," Luo further said.