The Doklam standoff between India and China in June 2017 resulted in tensions between the two countries. 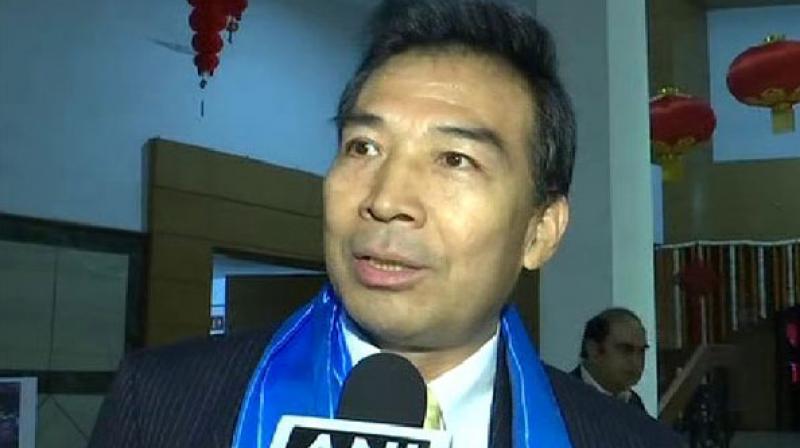 Speaking on unresolved border issues, Luo said that it is important to maintain peace and tranquillity and 'border disputes are left over by history.' (Photo: ANI)

New Delhi: Chinese Ambassador to India Luo Zhaohui has said that disputes between the two neighbouring countries are as natural as issues between two brothers of a family staying under one roof.

He said that India and China have reached a consensus to make bilateral ties stable and break the cycle of highs and lows in the relations between the two countries.

Speaking to ANI on the sidelines of a seminar hosted by Chinese Embassy, Luo said: “India-China ties are important for both the countries. We already reached a consensus under the leadership of both sides. We now maintain that China-India relationship will continue to move in a healthy and stable direction."

"Next year will mark the 70th anniversary of bilateral relations. One major feature is that such types of important bilateral relations always see ups and downs. So we have a consensus reached with the Indian government on how to make this relation stable and break the up and down circle," he added.

The Doklam standoff between India and China in June 2017 resulted in tensions between the two countries. Luo had played a significant role in dousing the tensions.

Asked how he viewed and handled the situation, the Chinese envoy said: “Something going wrong between two great neighbouring countries is natural. It is as natural as two brothers of a family living under one roof having issues, it is very natural. Of course, we did not ignore that matter. We worked together and resolved the problem, which ensured that bilateral relations were back on normal track. That is my job and the two leaders of both countries did a great job and provided strategic guidelines. We are happy to see that.”

Speaking on unresolved border issues, Luo said that it is important to maintain peace and tranquillity and "border disputes are left over by history."

“Border issues are a left over by history and it takes a long time to resolve. Before we can resolve the matters, we must maintain peace and tranquillity along the border area. We should also focus on economic cooperation, strengthen our friendship and narrow down the disputes," he said.

Emphasising on the importance of border trade, Luo further said: “I am just back from Gangtok to check India-China border trade at Nathula. Border trading matters and I really think that place has great potential to do more. In Nathula pass, the border trade is totally in favour of Indian side and it also makes the lives of the people along the border area better and we should pay more attention towards it."

Speaking on the growing trade deficit between India and China, the Chinese envoy said: "We have made a lot of progress so that is why I am always optimistic on the economic side. The two-way trade last year is over USD 95 billion and of course, it is in favour of China. On economic and trade matters and on regional and global issues we share a lot of similarities."

"So this is the whole picture. I am also talking about trade deficit where it is not on direction and we would like to see. I am sure with the progress of the economic development from both sides, this matter will be resolved," Luo added.

Luo will be returning to Beijing on the evening of May 27 after he was promoted to the level of a vice-minister. He will be looking after Asian Affairs.

On his tenure in India, Luo said: "I really wish I could stay here for longer. This is my second tenure here. Thirty years have passed and India has made tremendous progress in the economic area."

"I really admire and appreciate the progress made by India and also at the same time China has made progress. India-China relations have also made a lot of progress so this is one thing I see is quite optimistic. The future is also optimistic and I have done my job," the Chinese envoy said.