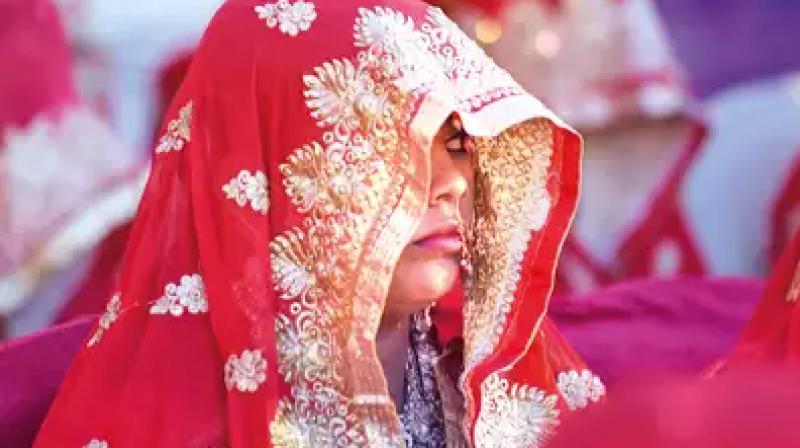 Bhopal: A bride tested positive for coronavirus on the third day of her marriage on Thursday, triggering panic among newly-married couples and their family members in Madhya Pradesh.

The 25-year-woman, a resident of Jat Khedi on the outskirt of Bhopal, got married on Tuesday despite being ill for the last several days. She was suffering from cold and fever for the past one week.

She had earlier taken anti-viral drugs to contain fever during her marriage, her case history said.

Her samples drawn on May 16 tested positive on Thursday.

The civic body officials rushed to her house to quarantine all 32 members of her family in their home, besides shifting her to a Covid-19 designated hospital here, Bhopal district administration officials said.

The reports of bride testing positive for coronavirus spread like wildfire in the state causing panic among the newly-married couples and their family members.

Family members of a number of just-married couples at several places in Bhopal, Indore and Gwalior have started contacting the local administrations pleading to collect their samples for tests following the development, reports reaching here from the areas said.

The incident has also set off alarm bells in the state administration in view of the ongoing marriage season.

The state government has earlier announced relaxations in lockdown protocol in the buffer zones between the Red Zones and Orange Zones of pandemic allowing marriage functions with some riders.

Accordingly, only presence of only 50 people were allowed in the marriage functions where participants were required to observe lockdown provisions like wearing face masks and maintaining social distancing on the occasion.

Around 100 marriages have been conducted in the state following relaxations in lockdown protocols in the last fortnight.

More than 14,000 marriages, schedules of which were finalised in the pre-lockdown period for April and May, were postponed to December this year following imposition of strict lockdown on March 24.

As on Thursday morning, Madhya Pradesh has reported 5,735 coronavirus positive cases and 267 deaths.

Indore continues to top chart of Covid-19 cases in the districts in the state recording 2,715 confirmed cases and 103 deaths so far.