The action was taken against the 15 men following a complaint by a villager that the accused burst crackers and distributed sweets. 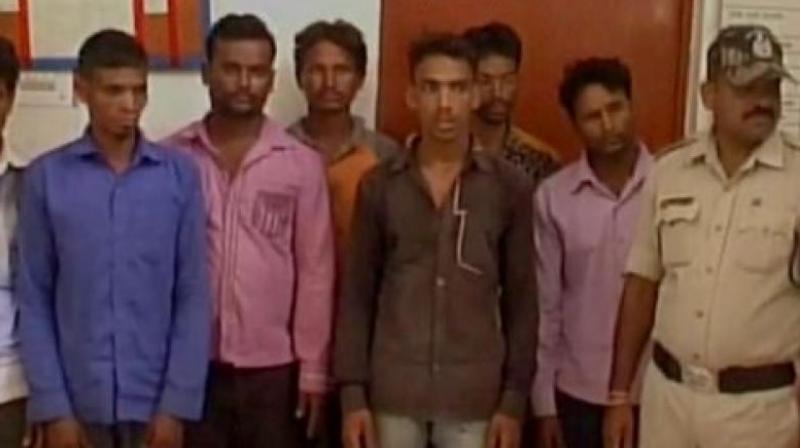 Burhanpur (MP): The Madhya Pradesh Police on Thursday withdrew the sedition charges filed against 15 Muslims for allegedly shouting pro-Pakistan slogans and bursting crackers after Pakistan's victory over India in the ICC Champions Trophy.

The police dropped the charges on directions from senior officials, but have now been charged under Section 153-A of the Indian Penal Code (IPC) for "disturbing communal harmony".

As many as 15 men in Burhanpur district of Madhya Pradesh on Tuesday were arrested for criminal conspiracy and sedition, after they allegedly raised pro-Pakistan slogans and celebrated Pakistan's Champions Trophy cricket triumph against India which was held on June 18.

Station in charge Shahpur Sanjay Pathak said, "According to 124A IPC, any individual who disrespects nation or outrages is dignity will be prosecuted.”

"The accused here after the match got concluded celebrated Pakistan's victory and hence have been arrested Sec120B, 124A of IPC," he added.

The action was taken against the 15 men following a complaint by a villager that the accused burst crackers and distributed sweets among villagers, besides raising pro-Pakistan slogans at Mohad village.

According to reports, similar complaints had been received from the village, which is located close to the Maharashtra border, in the past during India-Pakistan cricket encounters.