India   All India  22 Jun 2017  Even before the prez polls, Ram Nath Kovind gets new address
India, All India

Even before the prez polls, Ram Nath Kovind gets new address

Kovind will be staying at the expansive 10 Akbar Road bungalow in the heart of Lutyens Delhi for about a month until the polls. 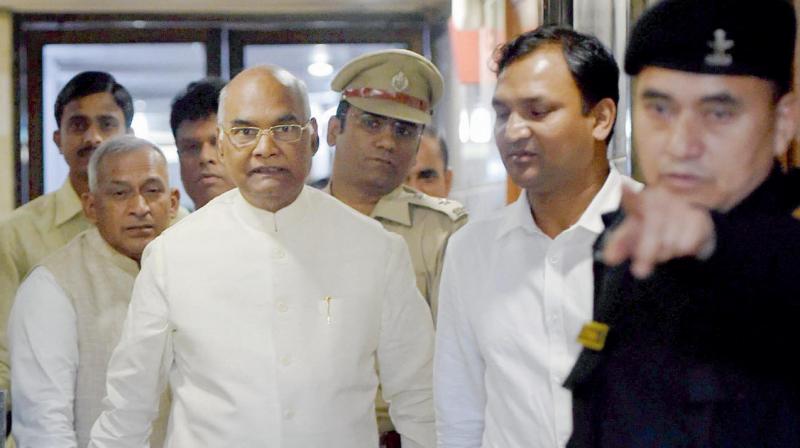 Kovind will be staying at the expansive 10 Akbar Road bungalow in the heart of Lutyens Delhi for about a month till the presidential election on July 17, top sources said.

The 71-year-old, who looks certain to be the next president, had earlier been allocated 144 North Avenue as Bihar governor. After his resignation as governor, top authorities in the Centre decided he should move to a bigger bungalow for security reasons, the sources added.

Interestingly, this is not Sharma's first tryst with presidents, former, would be and present.

The Union culture and tourism minister had earlier been allocated 10 Rajaji Marg, the residence of former president A P J Abdul Kalam, but was asked to leave it for President Pranab Mukherjee who will be moving to the bungalow after his retirement.

Kovind was picked as the ruling National Democratic Alliance's candidate for president earlier this week. He has already got backing from several non-NDA parties, including

the Telangana Rashtra Samithi (TRS), the Janata Dal-United (JD-U), the Biju Janata Dal (BJD) and both factions of the AIADMK.