Meira Kumar said she is delighted over the unity which represents coming together of forces that have a strong ideological base. 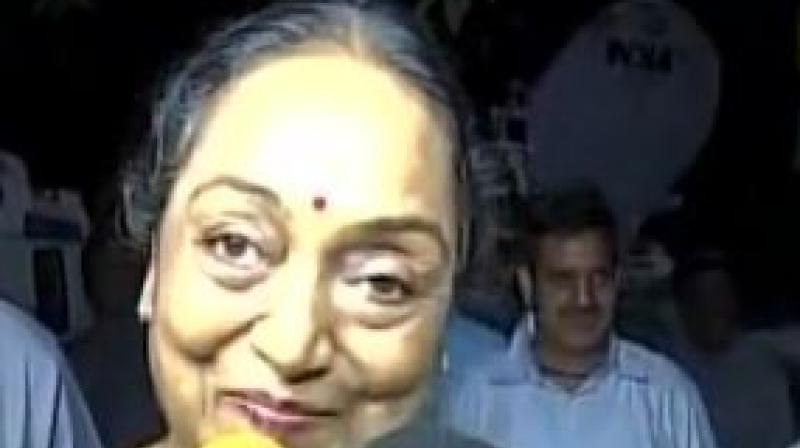 New Delhi: Former Lok Sabha speaker Meira Kumar on Thursday expressed gratitude to the united Opposition, after she was named as their Presidential candidate, adding that she is grateful to the 17 parties which chose her.

Speaking to media, Meira said, "I want to express my gratitude to the Congress President and all the 17 parties for selecting me. I am delighted over this unity which represents coming together of forces that have a strong ideological base. I am going to contest the election as their representative."

Earlier in the day, Congress president Sonia Gandhi announced Meira as the Opposition's Presidential nominee. She further appealed to the other parties to support the decision.

The Opposition – Congress, Communist Party of India (CPI), and 15 other parties - decided to meet on Thursday to discuss the National Democratic Alliance (NDA) decision to nominate Ram Nath Kovind as a Presidential candidate.

Read: Prez polls: Lalu Yadav says ‘Will meet Nitish, ask him not to back

The Bharatiya Janata Party (BJP) had earlier said that the Opposition was a divided house over the Presidential elections as many of its partners have extended support to ruling NDA candidate.

A few days earlier, BJP president Amit Shah had announced the name of Kovind as NDA's candidate for the post of Indian President.