The clashes come in the wake of farmers claiming that the Ministry of Defence was acquiring their land. 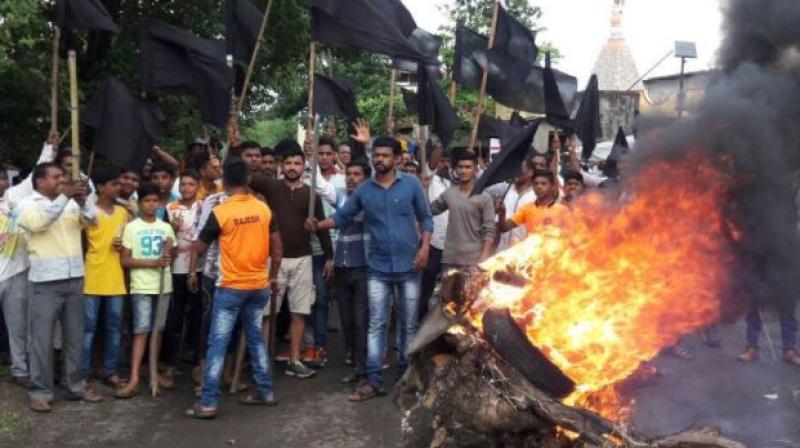 Farmers protest turned violent after they claimed their land is being acquired by Ministry of Defence. (Photo: ANI | Twitter)

Mumbai: Clashes between protesting farmers and police took place near the Thane-Badlapur highway on Thursday, a report in NDTV said. Several policemen were injured and additional forces have been deployed in the area, along with riot control vehicles.

The clashes come in the wake of farmers claiming that the Ministry of Defence was acquiring their land.

According to reports, the 12600-acre premises belongs to the Ministry of Defence, but over the years, it had been encroached upon by locals.

The farmers had approached the authorities for recovery of their land, but after refusal they took to streets in violent protests.

On Thursday, farmers from 17 villages held protests at 10 locations with Thane-Badlapur highway being the biggest of all. They blocked traffic and when police tried to disperse them the clashes turned violent.