4 terrorists gunned down in Anantnag, may be part of ISIS: J&K cop 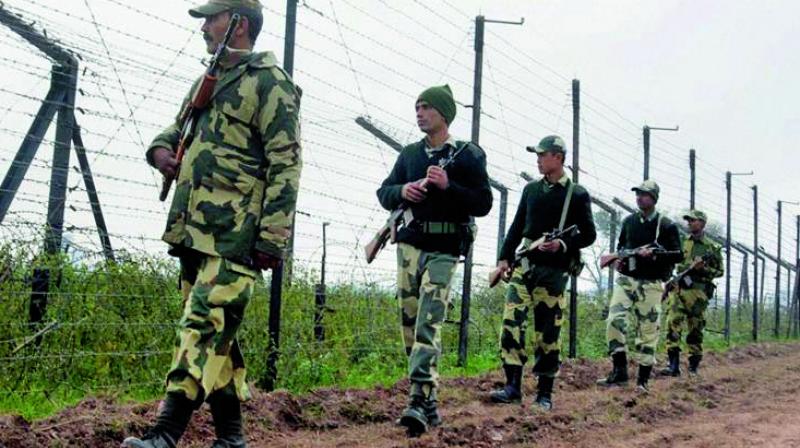 The encounter started around 5:30 this morning in Anantnag's Srigufwara after security officers received intelligence input about the presence of terrorists. (Representational Image)

Srinagar: In a major breakthrough, security forces eliminated four terrorists reportedly affiliated to the Islamic State (ISIS) terror group in Jammu and Kashmir’s Anantnag district on Friday.Three to four terrorists were believed to be holed-up in Anantnag's Srigufwara area in South Kashmir where the encounter is underway.

The encounter – second since the ceasefire was called off in Jammu and Kashmir on Saturday- has also claimed life of a policeman.

The encounter started around 5:30 this morning in Anantnag's Srigufwara after security officers received intelligence input about the presence of terrorists. The search operation turned into a gunfight, after the terrorists opened fire on the security forces, who retaliated.

Earlier, Jammu and Kashmir Director General of Police Shesh Paul Vaid said, “The encounter started in early hours of the morning. There was information about the presence of three to four terrorists. Three terrorists’ bodies are being retrieved. One policeman is reportedly martyred in the encounter and two civilians are also injured.”

The DGP separately tweeted about the terrorists’ affiliation. “Terrorists reportedly affiliated to ISJK,” he said on Twitter.

The authorities suspended Internet services in Srinagar and Anantnag due to the encounter in Srigufwara.

The search operations against terrorists, which had been suspended by the Centre for a month during Ramzan, resumed after Eid.

On Sunday, Home Minister Rajnath Singh said the ceasefire announced by the government during Ramzan - meant to help people observe the holy month in peace -- will not be extended. The security forces, he said, were directed to resume anti-terror operations.

"It was expected that everyone will cooperate in ensuring the success of this initiative. While the Security Forces have displayed exemplary restraint during this period, the terrorists have continued with their attacks, on civilians and SFs, resulting in deaths and injuries," he had said.

Army chief General Bipin Rawat on Wednesday said the terrorists had continued with their activities during Ramzan, necessitating suspension of the ceasefire by the centre.