The incident came to light when police went there for the post-mortem in the morning and surprisingly found him alive. 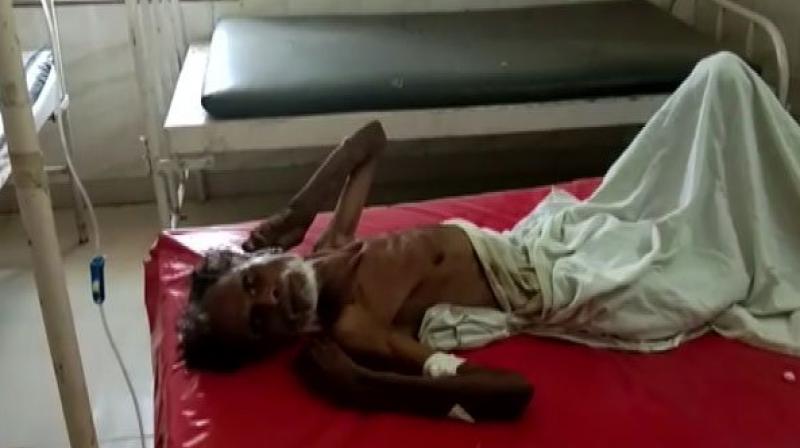 Man who was declared dead by a doctor at a government hospital in Sagar district. (Photo: ANI)

Sagar: Dead, alive, dead again! A 72-year-old man who was declared dead by a doctor at the District Hospital here was found to be still breathing when his "body" was being sent for a postmortem after spending a whole night in the mortuary! The man, however, died, sometime immediately afterwards.

In a case of negligence, a doctor at the hospital declared the septuagenarian identified as Kashiram, hailing from Chhatarpur district as dead but he was found to be alive while being taken for a postmortem.

"A patient was declared dead by a doctor at 9:30 pm on June 20. When we saw him in the morning on June 21, he was still alive. However, he died sometime later. We have ordered an investigation in this case of negligence by the doctor," said Chief Medical Officer, Dr RS Roshan.

Kashiram was admitted to the hospital on June 14.

"We had received a call in the night that a patient had died in hospital. However, the person was alive when we went to the hospital for postmortem. Soon, we informed the doctor on duty and he informed that the patient is still alive," Vikram Singh, ASP, Sagar said.

"The doctor started his treatment but he soon died. Then again at 10:20 am, they informed us that the person has expired. He was alive the whole night. It's a case of negligence. We will inform about this to the district administration and action will be taken as per law," said the senior police official.