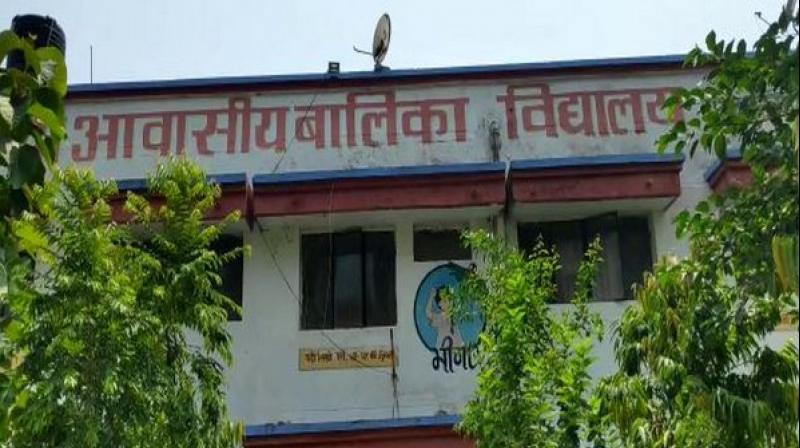 After examining the CCTV footage, BSA VP Singh said the children had snuck out of school early in the morning and boarded a tempo to a nearby village where one of the students resided. (Photo: ANI)

Barabanki: Six girls, students of the Kasturba Gandhi Residential school who were found missing from the premises of the school on Monday were traced from a nearby village and brought back today itself. The minor girls accused the hostel warden of forcing them to clean toilets and utensils. The school has denied these allegations.

Upon receiving news of girls fleeing the hostel, the district administration swung into action and instructed the Block Shiksha Adhikari (BSA) to take cognizance of the situation. The children were soon brought back to the school.

The students accused the hostel warden of making them do tasks like cleaning toilets, utensils and clothes and also complained about the poor quality of water which compelled them to leave school.

After examining the CCTV footage, BSA VP Singh said the children had snuck out of school early in the morning and boarded a tempo to a nearby village where one of the students, Mansi resided.

"The children were brought back to the school and we also discussed the matter with Mansi's parents," said VP Singh.

Refuting the allegations made by the students he stated, " We have our own sanitation staff and the children are made to do nothing of this sort. The children had been admitted recently and that's why they are finding it difficult to adjust. Slowly they will adjust in the school."

"They are being taught to do certain chores and disciplines of living in a residential school like making their own beds and cleaning their own utensils but they are not being made to clean the school premises," he added.

The warden also denied the allegations and said the students were making such allegations because they were homesick.

"I heard that the girls were crying to go home and they were told that their guardians would be summoned. Soon afterwards, one child motivated them to flee the school to the house where they were found staying," she said.

"We would have taken action if children were being forced to such work. We have our own sanitation staff, we do not make children do such work," she added.