The Congress leadership here has however appeared not to have taken the veiled warning by the members of its allies lightly. 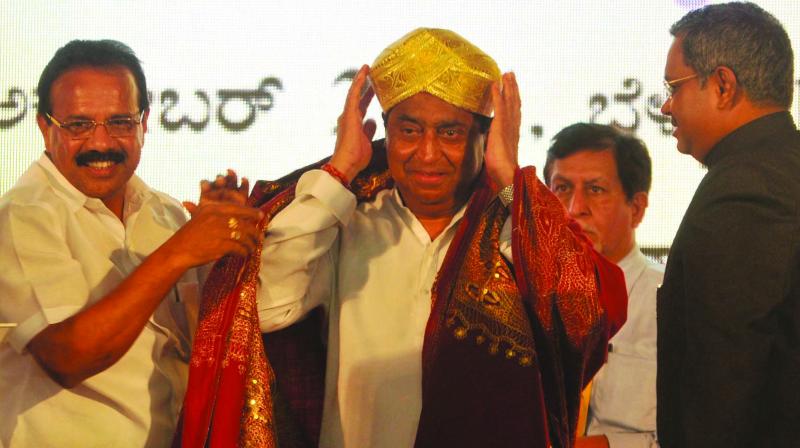 A senior leader in the Congress said the public show of dissent by these MLAs was nothing but a pressure tactic either to get their work done or find a place in the future expansion of Kamal Nath Cabinet.

MLAs who have formed a pressure group to ensure that their interests were looked into ‘boycotted’ meeting called on the eve of Budget Session to discuss floor coordination.

Bhopal: In an ominous sign for the Kamal Nath government, two Bahujan Samaj Party MLAs, one Samajwadi Party  legislator and three Independents, have dropped hints that they may also consider the option of reviewing their support to the state government in future.

These legislators who have formed a pressure group to ensure that their interests were looked into by the chief minister Kamal Nath “boycotted” the meeting called on the eve of the Budget session of Madhya Pradesh Assembly last week to discuss floor coordination in the treasury bench.

“We are upset over being ignored by the ministers of Kamal Nath government. We are currently backing the government, but we are not sure of our support to it in future,” said BSP MLA Sanjeev Singh Kushwaha.

The lone SP legislator Rajesh Shukla has echoed similar sentiments, saying that the Kamal Nath government should not take “our support for granted”.

Three Independents have however preferred to voice their dissent against the state Congress government privately, fearing that their open revolt against the the Kamal Nath government may spoil their dream of joining the state ministry in the coming days.

“More than seven months have passed since the Kamal Nath government assumed office. But, it has hardly any achievement worth showcasing. We are hoping that the state government will start delivering soon,” one of the Independents told this newspaper on Saturday requesting not to be quoted.

Incidentally, they have voiced resentment against the state government despite the fact that the chief minister has asked members of his Cabinet to “take care” of them.

Apparently worried over the development, the chief minister immediately convened an informal meeting of his Cabinet reportedly to discuss the matter and bridge the communication gap between the state government and the members of its allies.

Veteran Congress leader Digvijay Singh, known in the ruling party circle as a troubleshooter for the chief minister, had a closed-door meeting with Mr Nath here prior to the state Cabinet meeting, held last week.

However, the Congress has dismissed reports of threat to the Kamal Nath government from the members of its allies.

“The members of allies of state government are merely arm-twisting the Kamal Nath government to have their pound of flesh. We do not face any threat to our government in the state, at least, from them,” a spokesman of Congress here told this newspaper on Saturday.

The Congress leadership here has however appeared not to have taken the veiled warning by the members of its allies lightly.

It was evident from the fact that BSP MLA Rama Bai’s husband Govind Singh, accused of killing a Congress leader Devendra Chourasia in Damoh in MP last month, has been given a clean chit in the incident as he did not figure in the chargesheet filed in the case on July 19.

Incidentally, a case of murder has earlier been registered against Govind in the incident.

Police had even declared Govind absconding and announced a reward of Rs 25,000 on his head.

A senior leader in the Congress said the public show of dissent by these MLAs was nothing but a pressure tactic either to get their work done or find a place in the future expansion of Kamal Nath Cabinet.

“We do not perceive real threats from these six MLAs. As it is, our government is no longer a minority government now. We have strength of 114 in the currently 229-member House. Besides, one Independent has joined the state ministry and become part of the government. Hence, our government in MP is effectively a majority government,” a spokesman of the Congress said here.

BJP’s strength in the House has reduced to 108 after party MLA from Jhabua G S Damor was elected to the Lok Sabha.

Another Congress leader however warned that BJP’s “prying eyes” looking for “vulnerable MLAs” in the party and its allies have always posed a threat to the Kamal Nath government.

“Kamal Nath government is enjoying a wafer-thin majority. We can ignore our allies at our  peril. We have to take care that MP does not go the Karnataka way,” he said.