Thakur, on Sunday, in response to a BJP worker's grievance had said: 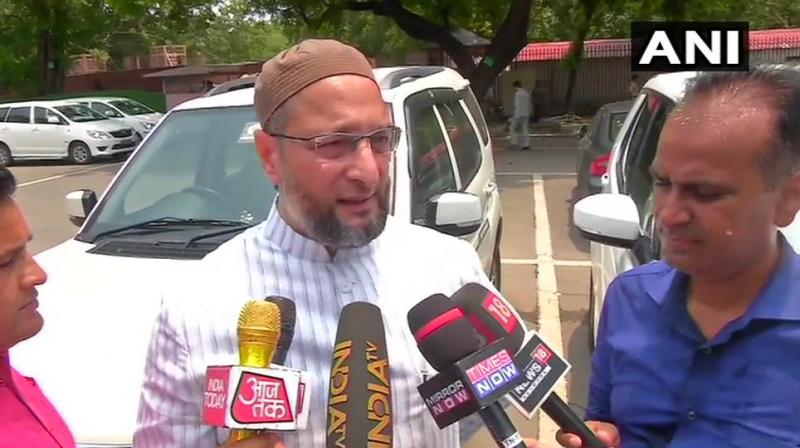 He further said that Thakur made such a statement because it was her 'thought process.' (Photo: ANI)

Owaisi said that Thakur's statement was obnoxious. "Not at all surprised, neither I'm shocked by this obnoxious statement."

He further said that Thakur made such a statement because it was her "thought process."

"The MP believes in the caste and class discrimination which is happening in India," Owaisi added.

The AIMIM chief said that her statement describes "the kind of work the caste has defined."

"Not only this, but she has also opposed the PM's programme," Owaisi said talking about India's largest cleanliness programme, 'Swachh Bharat Abhiyaan.'

Thakur, on Sunday, in response to a BJP worker's grievance had said: We were not elected to get your toilets" cleaned.