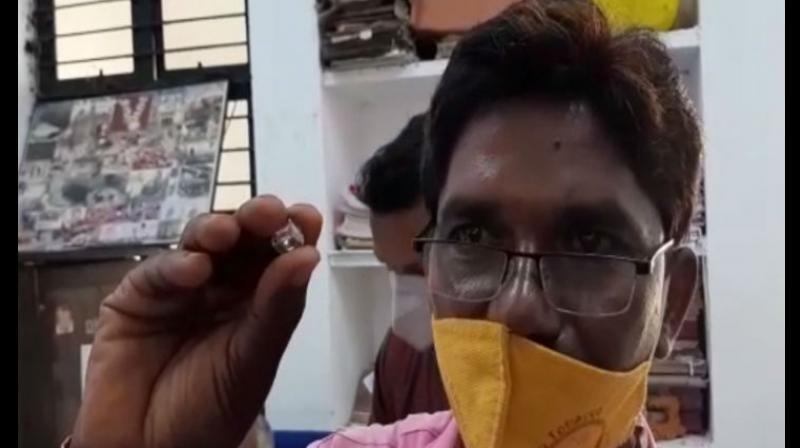 Kushwaha with the diamind he mined.

Bhopal: A poor farmer in Madhya Pradesh’s Panna district has harvested a sparkling fortune when he mined a high quality diamond weighing 10.69 carat in his land taken on lease from the government.

Anandilal Kushwaha (34), resident of Ranipur village, was thrilled to find the precious stone in his field, a culmination of his year-long mining activities, on Tuesday.

“I along with my partners have indulged in mining in our leased land for the past one year. We could not believe our eyes when we found the diamond of such high quality and size," he said.

Kushwaha has deposited the diamond piece before the Panna district mining department, as per the lease conditions of the state government.

The MP government gives small patches of land on lease in Panna diamond reserve area to local farmers and labourers to mine diamond and deposit them with the district mining officer.

The Panna district mining department auctions the diamonds deposited with them and gives the proceeds to the diamond owners after deducting royalty and tax.

The diamond found by Kushwaha may fetch Rs 50 lakh in the auction, officials say.

Kushwaha had also found a 70-cent diamond in his field recently.