The zonal councils provide a forum where irritants between the Centre and states, and among the states themselves can be resolved. 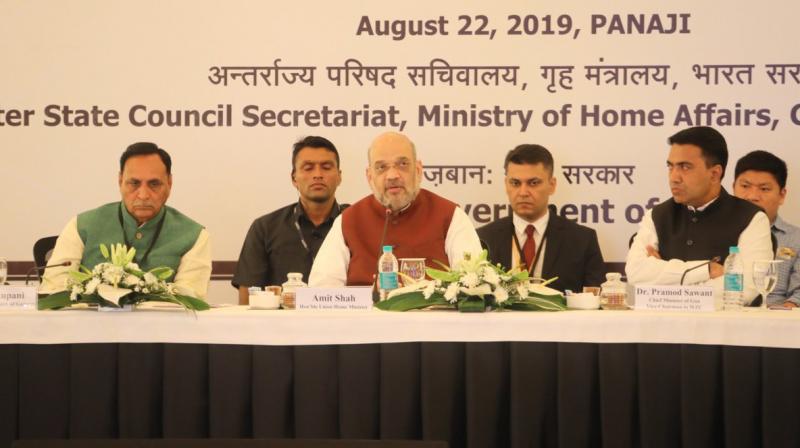 Panaji: Union Home Minister Amit Shah on Thursday chaired the 24th meeting of Western Zonal Council, a forum for the Centre and states to exchange ideas on issues like health, security and social welfare, here in Goa.

Sawant is the vice-chairman and host of the meeting.

Taking to Twitter, Amit Shah said, "Zonal Councils offer excellent platform for resolving issues. I am happy to preside over my first such meeting in Panaji, Goa. We have made decisive headway on some new initiatives through constructive consultation."

The previous meeting of the Western Zonal Council was chaired by the then home minister Rajnath Singh at Gandhinagar in Gujarat in April last year.

The zonal councils provide a forum where irritants between the Centre and the states, and among the states themselves can be resolved through free and frank discussions and consultations, an official earlier said.

The states have been divided into five zones and each zone has its council comprising the chief minister, two ministers and the chief secretary of each state.

The zonal councils are headed by the Union home minister and each zone nominates one chief minister as its vice-chairman on a rotation basis.