This is the highest number of intruders killed in a single incident along the over 3,300 km-long border with Pakistan in more than a decade 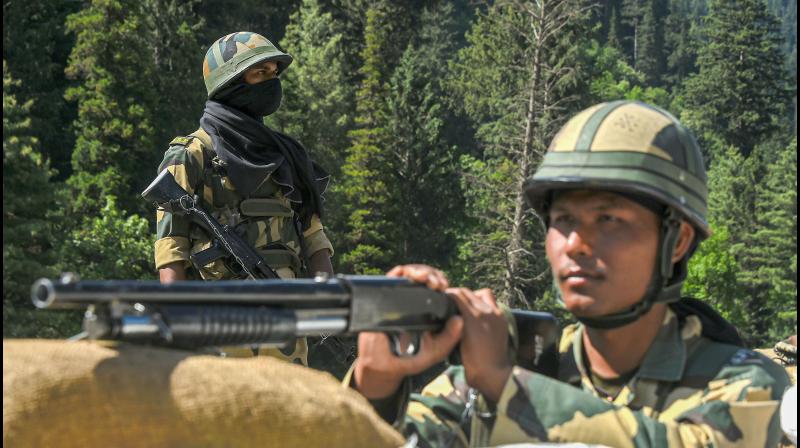 This is the highest number of intruders killed in a single incident along the over 3,300 km-long border with Pakistan in more than a decade, officials said.

Punjab shares a 553-km-long frontier with Pakistan, apart from Jammu, Rajasthan and Gujarat, who together constitute the remaining part of the International Border.

The senior officer said "alert troops of the 103rd battalion noticed suspicious movement of intruders violating the IB" in the Taran Taran district of Punjab.

When asked to stop, the intruders fired on BSF troops who retaliated in self-defence.

Another BSF official said the incident happened around 4:45 am near the 'dal' border post that is close to the Bhikhiwind town of the district.

BSF troops, officials said, first noticed suspicious activity at the border around midnight and launched a "focussed" surveillance on the intruders and set up multiple ambushes along the front after which the "contact was established" early morning, just behind the IB fence.

The intruders were seen carrying rifles and were taking the aid of the 'sarkanda' or tall grass to sneak into India, they said.

A photo collage released by the BSF showed two bodies piled on each other while the three others were lying separately in the slushy green tall grass. Some weapons and backpacks were visible in the photographs and the intrudes were wearing T-shirts or shirts and full pants.

The second BSF official said one AK-47 rifle and two pistols have been found.

An intensive search is underway to find other possible weapons carried by the infiltrators.