The Aam Aadmi Party (AAP) had launched a sharp attack on the Bharatiya Janata Party, accusing it of "scripting" the anti-CAA protest 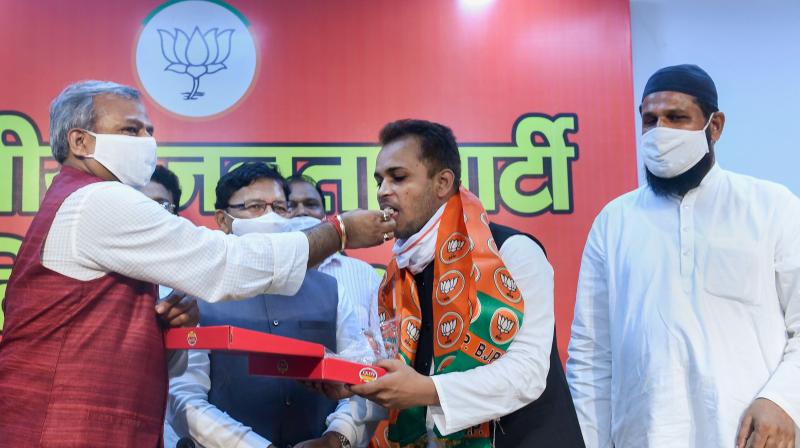 New Delhi: A section of Delhi BJP leaders has expressed "displeasure" over the recent joining of some members of a minority community from the Shaheen Bagh area in the city.

Delhi BJP president Adesh Gupta, who was present at the joining programme at the party office on Sunday, was not available for a comment.

Shaheen Bagh was the epicentre of the anti-Citizenship (Amendment) Act(CAA) protests in the city earlier this year.

"The joinings put the party in a spot not only because the area was an anti-CAA protest venue, but also because it is being linked to the February riots in northeast Delhi," a top Delhi BJP leader said.

Another leader claimed that the joinings have not gone down well with the central leadership of the saffron party.

"Some senior Delhi BJP functionaries were called by the national leadership to warn against such a political blunder in the future. They were irked that the sensitive issue was not brought to their notice beforehand," he said.

Delhi BJP leader Nighat Abbas, who was instrumental behind the joinings, said she was not aware of any complaints from anyone, including senior state or national leaders, in this regard.

"I do not know that the central leadership has expressed its displeasure over the joinings. Those who called me only congratulated me for it," she said.

Abbas said some of the persons who joined the BJP took part in the anti-CAA protest at Shaheen Bagh, while some opposed the new citizenship law but did not take part in the stir.

"Those who joined the party finally came to realise that they were being misguided in the name of CAA as it has nothing to do with the citizens of India. The BJP is a big family where everyone is welcome," she said.

The Aam Aadmi Party (AAP) had launched a sharp attack on the Bharatiya Janata Party (BJP), accusing it of "scripting" the anti-CAA protest at Shaheen Bagh with an eye on the Assembly polls in February.