India's GDP growth slowed for the fifth consecutive quarter in April-June 2019 to 5 per cent, the lowest in six years. 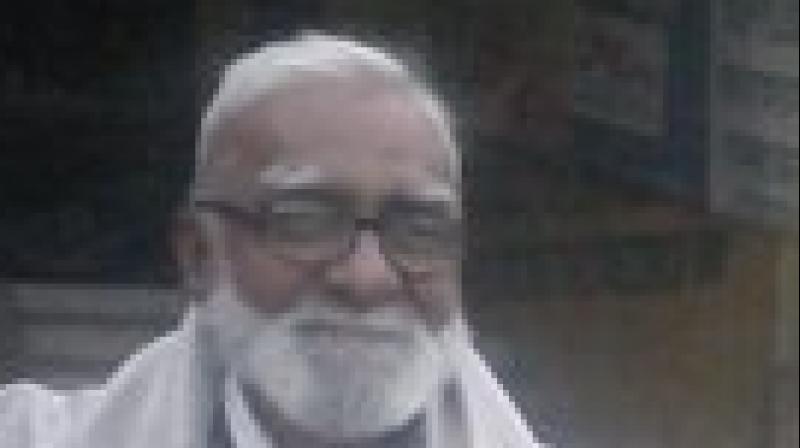 'Unfortunately, the government is still not seeing this slowdown as an opportunity for investment, increasing productivity and exports,' Desarda said. (Photo: Twitter)

Aurangabad: The NDA government had a chance to strengthen the economy five years back when the crude oil rates were low, but it could not take advantage of the situation, noted economist H M Desarda has said.

India's gross domestic product (GDP) growth slowed for the fifth consecutive quarter in April-June 2019 to 5 per cent, the lowest in six years.

This was on the back of faltering domestic demand, with both private consumption and investment proving lackluster.

Delivering a lecture on the 'current economic downfall- causes impacts and remedies' at the Mahatma Gandhi Mission campus here in Maharashtra on Saturday, Desarda said in 2013, the crude oil rates were around USD 110 per barrel.

"When the Modi-led government came to power, the crude oil prices dropped. That time, the government spent huge amounts on crude oil import to meet the petrol and diesel demands," he said.

"The government could have utilised this financial gain to strengthen the employment guarantee schemes, water resource development, curbing drought and flood control. But the government could not take advantage of that situation," the Maharashtra State Planning Board's former member said.

The BJP-led government spent huge amounts on making roads. As a result, the National Highways Authority of India (NHAI) is burdened with a loan of Rs 3 lakh crore and paying around Rs 25,000 crore as interest on it, he claimed.

The amount coming from toll tax is also not more than Rs 7,000 crore, he noted. This imbalance (between expenses and profits) should be checked and the government should decide its priorities from now on, said Desarda.

"Unfortunately, the government has not cared for the livelihood of a large population. It focused on winning polls. It is trying to connect to people with emotional issues, which can't last long," he said.

While the government has been saying it will promote organic farming, it is also encouraging chemical fertilizers, which are contrasting steps, Desarda pointed out. Noting that the government is now taking steps to curtail taxes to curb the industrial slowdown, he said if the auto industry is facing a slump in a specific segment, it should change its focus on those products which are in demand.

"Unfortunately, the government is still not seeing this slowdown as an opportunity for investment, increasing productivity and exports," he added.

In the biggest reduction in 28 years, the government on Friday slashed corporate tax by almost 10 percentage points as it looked to pull the economy out of a six-year low growth and a 45-year high unemployment rate by reviving private investments with a Rs 1.45-lakh crore tax break.

Besides, the all-powerful GST Council, headed by Union Finance Minister Nirmala Sitharaman, more than doubled the tax on caffeinated beverages but slashed the same on hotel tariffs and some goods with a view to address sectoral concerns in a slowing economy.