Indian national security establishment had confirmed the reactivation of the Balakot facility and the top levels of govt were informed too. 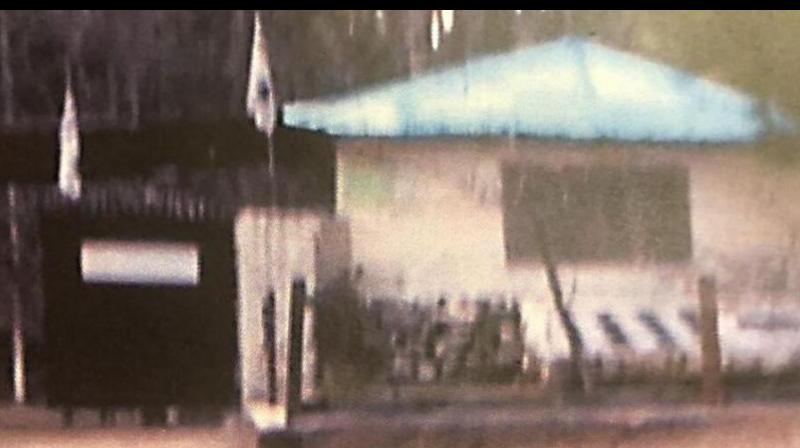 New Delhi: Under a new name, the Jaish-e-Mohammed (JeM) camp in Pakistan's Balakot that was attacked by the Indian Air Force was revived to carry out attacks in Jammu and Kashmir and other places in India.

After Pakistan gave its nod, in the backdrop of India's decision to abrogate Article 370 and bifurcate the state into two Union territories, the JeM camp, training 40 jihadists, came alive, Hindustan Times reported.

Indian national security establishment had confirmed the reactivation of the Balakot facility and the top levels of government were informed too.

According to intelligence sources, JeM may not only target J&K but also Gujarat and Maharashtra under a new name to avoid international scrutiny, Hindustan reported.

Indian Air Force had launched the pre-emptive air strike on Balakot in Khyber Pakhtunkhwa on 26 February.

12 Mirage 2000 fighter jets launched an airstrike on Jaish-e-Mohammed training camp in retaliation against Pulwama terror attack in which 40 CRPF jawans were martyred.

According to Indian counter-terror operatives, anti-India terror groups that remained dormant since Pulwama and its aftermath were reactivated after August 5, when India decided to read down Article 370.

To create an unrest in the Valley, Pakistan-based terror outfits have been asked to use Kashmiri- origin terrorists. Few sleeping outfits like the Al Umnar Mujahideen led by Mushtaq Zargar alias Latram were also revived in this context.

The Jaish-e-Mohammed has been banned in Pakistan since 2002, but it continues to train terrorists in Pakistan occupied Kashmir and provide them weapons to create troubles in Jammu and Kashmir.

Having maintained close relations with the Taliban and al Qaeda, it has carried out several attacks primarily in Jammu and Kashmir, news agency ANI reported.