Higher MSP will empower farmers and contribute to doubling of their income, tweeted PM Modi 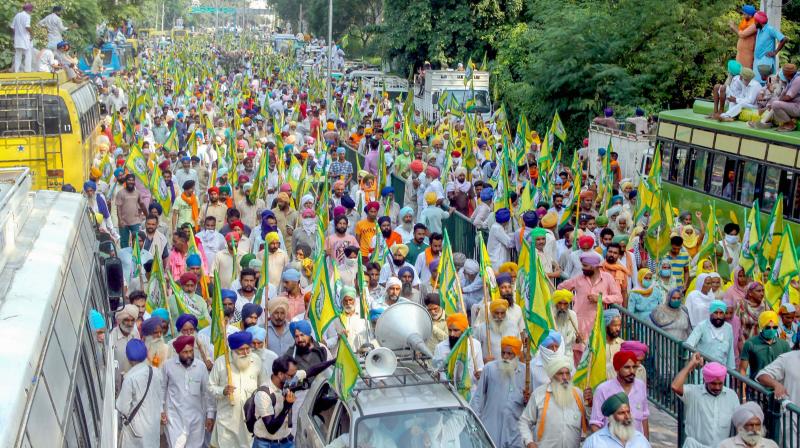 A day after the Centre managed to secure Parliament’s approval on two controversial farm bills despite vehement Opposition protests, it announced a hike in the minimum support price (MSP) of six rabi crops and said neither MSP nor procurement of crops would end.

This was seen as an attempt to win over agitating farmers across Punjab and Haryana, who have been lathi-charged and blocked from entering Delhi over the farm bills. This has also led to a rift among NDA allies.

The MSP decision was taken at a Union Cabinet meeting earlier Monday. Prime Minister Narendra Modi tweeted: “Higher MSP will empower farmers and contribute to doubling of their income. Increased MSP, along with the series of agriculture reforms passed by Parliament, will ensure the dignity and prosperity of farmers. Jai Kisan!”
Agriculture minister Narendra Tomar announced this in the Lok Sabha on Monday evening and said the Centre has not only hiked MSP but also raised procurement to ensure remunerative prices for farmers.

The highest increase in MSP has been announced for lentil (Rs 300 per quintal), followed by gram, rapeseed and mustard (Rs 225 per quintal each) and safflower (Rs 112 per quintal). For barley and wheat, a hike of Rs 75 per quintal and Rs 50 per quintal respectively was announced. The differential remuneration is aimed at encouraging crop diversification.