The Bill was passed amid concerns raised by Opposition MPs about possible witch hunting. 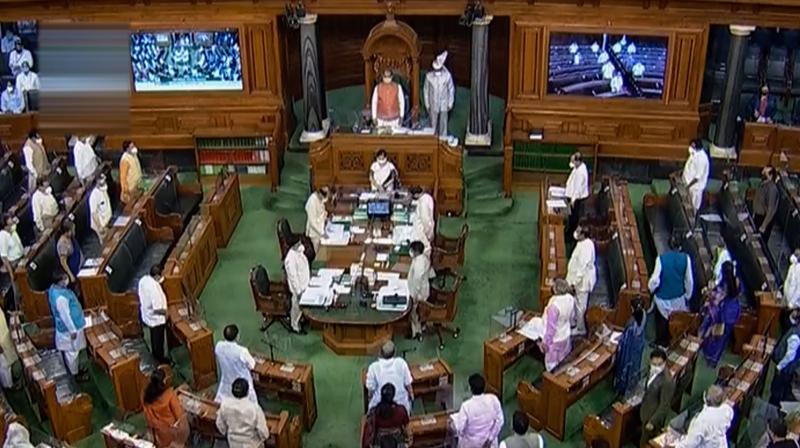 A view of the Lok Sabha on Monday. (PTI)

New Delhi: The Lok Sabha on Monday passed a Bill to amend the Foreign Contribution (Regulation) Act which makes it mandatory for NGOs to provide the Aadhaar numbers of their officials at the time of registration. The Bill was passed amid concerns raised by Opposition MPs about possible witch hunting.

Minister of state for home Nityanand Rai said the Bill was not against any religion or NGO. The Bill was necessary for an Aatmanirbhar Bharat (self-reliant India) and that it will also help in curbing misuse of foreign funds, he said.

Among other provisions, the Bill proposes to enable the Centre to allow an NGO or association to surrender its FCRA certificate. It also proposes that not more than 20 per cent of the total foreign funds received can be spent on administrative expenses. Presently, the limit is 50 per cent.

Participating in the debate, Sougata Roy of the Trinamool Congress said there was "no need" for the Bill, stressing that when the Supreme Court has said Aadhaar is not compulsory then why is the government making it mandatory for registration of NGOs. Congress MP Anto Antony said an attempt was being made to "suffocate the NGOs" through the Bill.