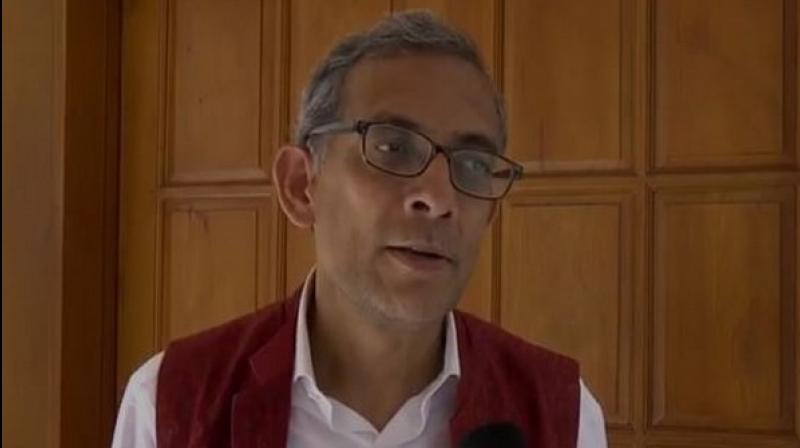 New Delhi: Nobel laureate Abhijit Banerjee, who met Narendra Modi here on Tuesday, said the prime minister joked about the media trying to bring out "anti-Modi" remarks from him.

In a media interaction after the meeting at the prime minister's official residence, Banerjee refused to take questions on the state of economy and refrained from commenting on policies of the government.

"I had a cordial and good meeting. Prime Minister Modi started by cracking a joke on how media is trying to trap me to say anti-Modi things. He's been watching TV and he's been watching you guys. And he knows what you are trying to do," he told reporters when asked about the meeting taking place against the backdrop of a debate over his comments on an economic slump.

After his meeting with Banerjee, Modi tweeted, "Excellent meeting with Nobel Laureate Abhijit Banerjee. His passion towards human empowerment is clearly visible. We had a healthy and extensive interaction on various subjects. India is proud of his accomplishments. Wishing him the very best for his future endeavours."

Banerjee, an Indian-born American professor at Massachusetts Institute of Technology, won the Nobel Memorial Prize in Economic Sciences, commonly referred to as the Nobel Prize in Economics, jointly with wife Esther Duflo and Michael Kremer of the US for "experimental approach to alleviating global poverty".