The CM on Wednesday toured parts of the Marathwada region, which has been ravaged by the heavy rains 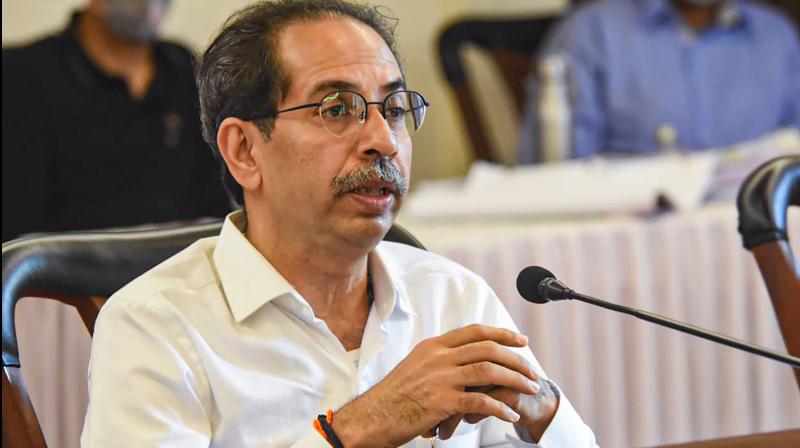 Mumbai: The flood-hit Maharashtra farmers, whose crops have been damaged by heavy rains, will soon get the compensation from the state vernment. A relief package will be announced in couple of days to ensure that there are no tears in the farmers’ eyes during the festive season, said Chief Minister Uddhav Thackeray.

The CM on Wednesday toured parts of the Marathwada region, which has been ravaged by the heavy rains. While Thackeray assured compensation for the farmers, he also reiterated that the Centre has failed to give Maharashtra the state’s share of the Goods and Services Tax (GST).

The state is yet to get its share of GST from the Centre. Had it been received, we could have done a lot. But, still we will do everything possible to help the farmers. At present, a thought is being given to whether loan can be taken or anything else can be done. We will take a decision on that today or tomorrow,” he said.

According to him, nearly 80 to 90 per cent of spot inspections of the crops damaged by the rains have been completed and the state cabinet will meet on Thursday to take a decision on the relief to be given to the affected people.

Thackeray asserted that his Maharashtra Vikas Aghadi government is committed to restore normalcy in the lives of people, who are hit by heavy rains and floods in the state at the earliest.

“I am not here to declare figures for popularity. Whatever we will do, will do it for your satisfaction and for your happiness. The state government will ensure there are no tears in the eyes of the flood-hit people during the Dussehra and Diwali festivals,” he said.

Heavy rains and floods last week claimed at least 48 lives in Pune, Aurangabad and Konkan divisions, while crops like soyabean, cotton and sugarcane on lakhs of hectares were damaged.

Meanwhile, BJP leader Devendra Fadnavis, who is also the leader of opposition in the Vidhan Sabha, has said that the opposition will pressurise the State Government to provide adequate compensation to flood-hit farmers. “I appeal to farmers to not give up hope after the loss of their crops. We will pressurise the state government and ensure that you get sufficient compensation, he said.