Statement made at a meet attended by Bihar deputy CM. 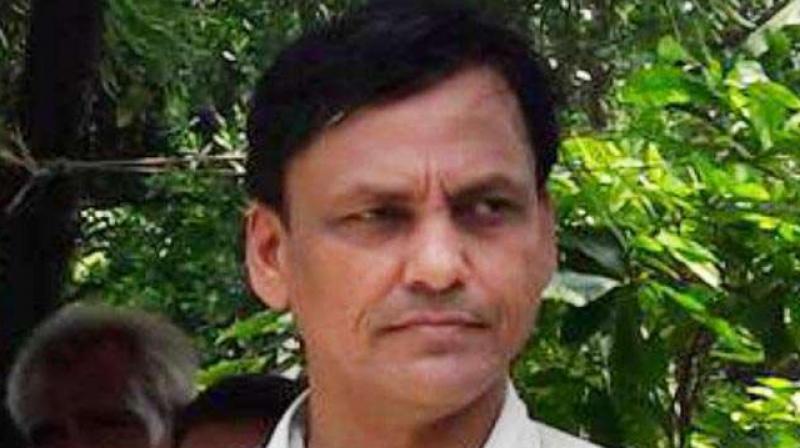 Patna: BJP state president Nityanand Rai urged party workers to “chop off limbs” of people who have been raising voices against the policies of Prime Minister Narendra Modi. The statement was made during a political event organised by Vaishya and Kanu (OBC) communities on Monday. The function was also attended by other senior BJP leaders including deputy chief minister Sushil Kumar Modi. Nityanand Rai in his speech said that “person with a simple background became the Prime Minister and if anyone raises questions we should chop off his limbs”. Mr Rai’s comments drew sharp criticism from the opposition parties. Lalu Yadav who was coroneted as party president of the RJD for the tenth consecutive term on Tuesday, said, “Wrong people have entered politics. Such statements will weaken the democratic setup of this country”. According to former deputy chief minister Tejashwi Yadav, BJP has been targeting the opposition parties for exposing “failed policies” of the central government.

He said that “Their warnings will not stop us from raising our voices. We don’t care whether they chop our limbs or necks”. Mr Rai who is also the Lok Sabha MP from Ujiyarpur Constituency later gave clarifications that his statement was not meant for opposition leaders or any individual. He said that he used the proverb to urge party workers to weaken forces who have been raising fingers at the policies of Mr Modi. “Intention was not to target any individual. I just urged party workers to unite against forces that have been raising fingers at the policies of Prime Minister. It was just a proverb which was misinterpreted by people,” he said. Mr Rai who took over as the state president of Bihar BJP in December 2016 is considered a strong OBC leader from Vaishali. Party insiders say that he was appointed as state president to woo the Yadav and OBC vote bank.