Speaking on the issue of rape, the state home minister said, they are going to propose death by hanging for those who rape minor girls. 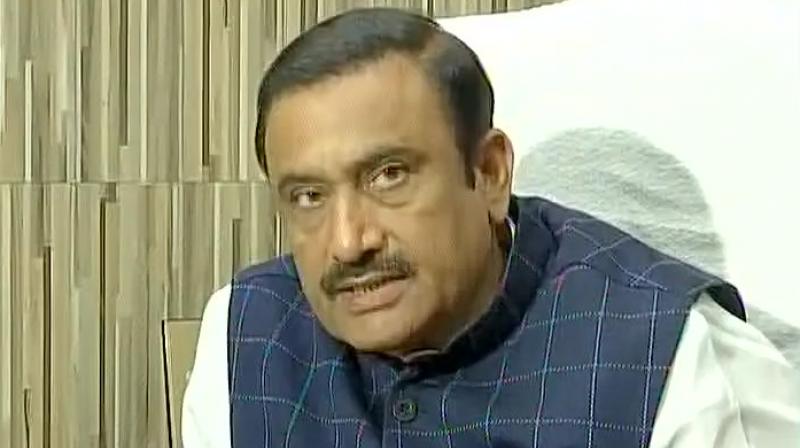 Bhopal: Madhya Pradesh Home Minister Bhupendra Singh on Wednesday said, the Bhopal gang rape victim will be given an award for her bravery, adding, it is yet to decide whether the award will be named after Rani Padmavati or not.

"She (the rape victim) faced all that bravely and confidently narrated her ordeal later. She definitely deserves an award for it," state Home Minister Singh.

However, he added that it is yet to decide on which award will be given to her.

"We will make a decision on which award is to be given to her," Bhupendra Singh said on if Rani Padmavati award will be given to Bhopal gang rape victim.

Speaking on the issue of rape, the state home minister said, they are going to propose death by hanging for those who rape minor girls.

"We are asking for death sentence for those who rape minor girls and will be presenting the same in the cabinet today as well. This will be presented in the Vidhan Sabha too. Madhya Pradesh will be the first state in India to implement something like this, especially with Prime Minister Modi's save daughters, educate daughters' agenda," Singh said.

Earlier this month, a 19-year-old civil services aspirant was allegedly abducted by four men and gang-raped near the Habibganj Railway Station in Bhopal. All the four accused are in custody.

Following their arrest, two doctors of Madhya Pradesh's Sultania Women Hospital were suspended on November 11 after they produced an erroneous medical report stating that the victim indulged in consensual sex with the accused.

The Jabalpur High Court then ordered the state government to file a report in the case citing actions taken in the regard. The court also raised questions over the role of police and doctors.