Urgent steps are needed to combat burgeoning resistance to antibiotics

It has a grave potential to damage the global economy, food security and the health of people. 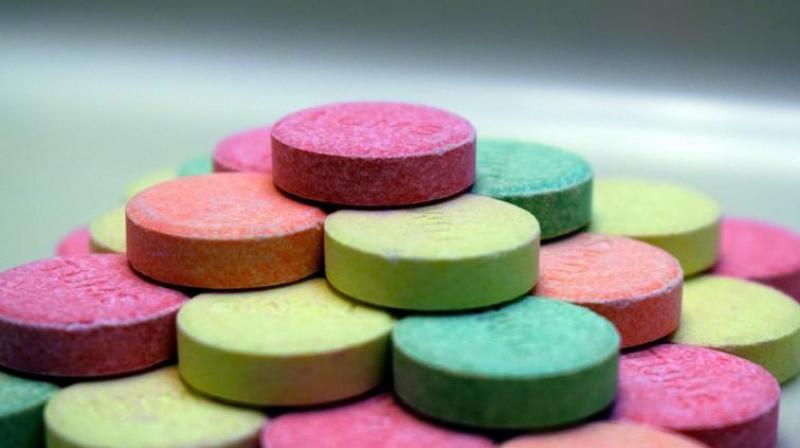 AMR annually kills about 700,000 people worldwide — a number that is projected to rise to 10 million by 2050 if adequate measures are not initiated now. (Photo: Pixabay)

Antimicrobial agents — commonly called antibiotics are mandatory for successful use of modern medical interventions and complex surgeries. Unfortunately, prolonged abuse of these drugs in human health, the livestock sector, aquaculture, and agriculture, along with poor ecological management of antibiotic residues, has led to the emergence and spread of antimicrobial resistance (AMR) in germs making several antibiotics ineffective against most bacterial infections. If AMR is not effectively countered, the world is likely to slide into a “post-antibiotic era”, where even minor infections may prove fatal.

AMR is no longer a health issue. It has a grave potential to damage the global economy, food security and the health of people. AMR annually kills about 700,000 people worldwide — a number that is projected to rise to 10 million by 2050 if adequate measures are not initiated now. Most of these deaths will be in the developing world. The economic impact of AMR may be devastating. By 2050, a loss of $100 trillion is estimated. Global GDP may decrease by 3.5 per cent. The World Bank estimates that 28 million people are likely to be pushed into poverty as a direct consequence of AMR. Livestock production may be reduced by 7.5 per cent throughout the world, thus damaging food security. Widespread resistant bacteria in animal populations will be a major obstacle to meeting the projected 60 per cent increase in global meat requirements by 2020.

Resistant to AMR has thus become a challenge to Sustainable Development Goals. Fortunately, there is a serious global political response which needs to be translated into concrete action at the ground. The UN General Assembly, the World Health Organisation, the Food and Agriculture Organisation of the UN and the World Organisation for Animal Health have recognised the seriousness of the situation and requested countries for globally coordinated action against AMR.

AMR is driven and fuelled by extensive use of antibiotics. More these agents are used, greater is the resistance. Antibiotics are irrationally used in various sectors. Contrary to the common belief, more antibiotics are used in livestock production vis-à-vis in humans. At the same time, the antibiotics use in animals is dramatically increasing to meet the growing global demand of animal-derived protein-rich food, especially in countries where economies have recently surged. In Brics countries, the use of antibiotics in livestock is estimated to double in the next two decades. Health animals are administered antibiotics in the erroneous belief that it shall increase the mass of the animals leading to better economic return. In fact, improving hygiene and the environment in which animals are reared are appropriate and sustainable measures to rear healthy animals. Authorities must encourage both industry and small farmers to improve sanitation practices and obviate the use of antibiotics as growth promoters. This is in consonance with the Swachchh Bharat campaign.

Antibiotics are different from other classes of drugs. The effect of the use of antibiotics extends beyond individual patients. Resistant pathogens arising in humans, animals or the environment have the potential to spread from one to the other, and from one country to another. There is incontrovertible evidence linking AMR between animals and humans. International travel and trade accelerate the spread of AMR across national borders. Recently, extensive use of colistin in pig farms in China led to the emergence and subsequent rapid global spread of colistin-resistant pathogens.

The environment is key to the spread of resistance and yet remains the most neglected component of efforts to contain AMR. Antibiotics, resistant bacteria and resistance genes are widely found in aquaculture, wastewater from agriculture, and waste products from the pharmaceutical and healthcare industry. These are the potential sites for the emergence and horizontal transfer of resistance between several germs and warrant urgent attention with the proactive role by environmental experts and regulators.

The possible solutions to contain AMR where veterinary sector needs to play an active role include discontinuation of use of antibiotics as animal growth promoters, rationalising antimicrobial therapy of sick animals and promoting health and safe environment for animals. Containing AMR requires a comprehensive and integrated One Health approach with coordinated efforts by human health, veterinary and environment sectors through a whole-of-society initiative. Indeed, major roles are to be played by political, financial, technical, regulatory, programmatic and education stakeholders representing both public and private sectors.

Antibiotics are a global public good. These are the precious resource for the current and the next generation. Efforts need to be made by everyone to preserve available antibiotics for as long as possible.

Tomio Shichiri is the FAO representative in India

Dr Rajesh Bhatia is a regional FAO consultant on AMR