The issue of electoral bonds has snowballed into a political flash point following reports based on a RTI response. 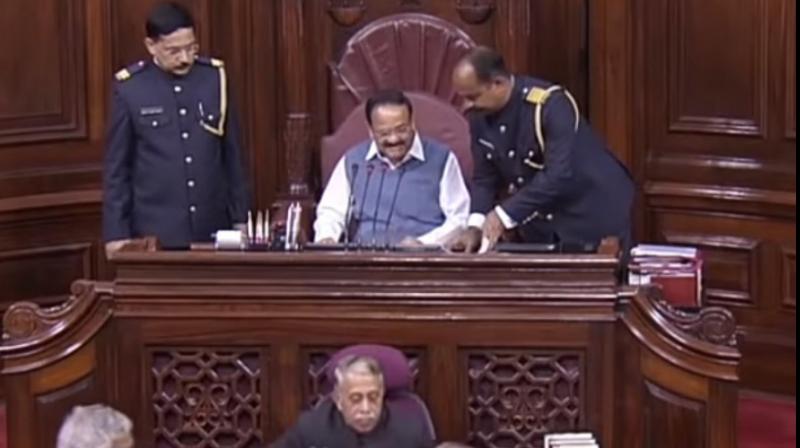 New Delhi: Opposition parties led by the Congress on Friday sought to raise the issue of electoral bonds in Rajya Sabha but were not allowed by the Chair.

The Congress and other parties gave several notices under Rule 267 seeking setting aside of the business to take up the issue after news reports suggested that the Finance Ministry overruled objections of the Reserve Bank of India (RBI) on the bonds.

Chairman M Venkaiah Naidu, however, said he has examined the issue and it was not important enough to set aside the business. He, however, said members could seek a debate or raise it under different rules.

Anand Sharma (Cong) said members normally do not invoke Rule 267 unless demanded by the gravity and seriousness of the issue. He demanded that the business be suspended and government be asked to make full disclosures.

Opposition members were not satisfied and continued to raise the issue. CPI (M)'s T K Rangarajan termed electoral bonds as a "big scam". As members continued to speak, Naidu threatened to adjourn proceedings if they continued.

As order was restored, Naidu said Digvijaya Singh (Cong) has given a Zero Hour notice on the issue which he is allowing. But later said Singh could raise the issue whenever a debate on the issue takes place. Singh was not satisfied and began arguing.

Naidu ordered that Singh's arguments will not go on record. Singh was heard saying that the Chair has been "unfair" to him. Naidu shot back, saying this was not the way to threaten the chair. "You have been totally unfair with all your experience," Naidu told Singh.

The issue of electoral bonds has snowballed into a political flash point following reports based on RTI response of the government which stated that the RBI and the Election Commission had reservations over them, but were overruled by the Modi government.