The injured soldier has been taken to the hospital. 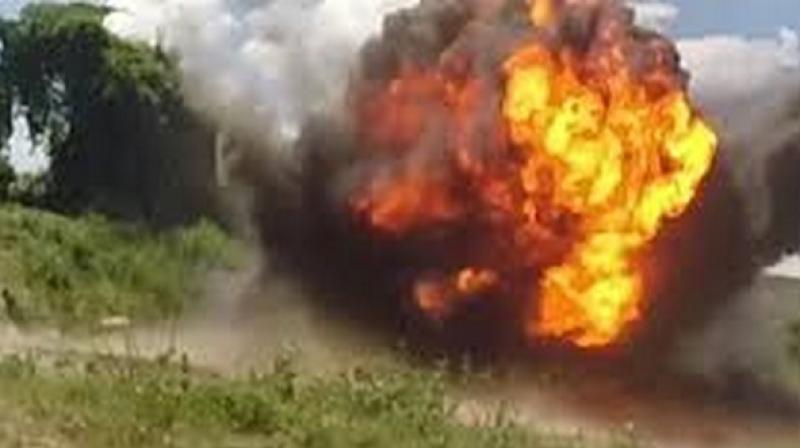 The injured soldier has been taken to the hospital, he said.

The area where the blast occurred has been cordoned off by police.