Leaders said that government should explore ways of using stubble in biogas and cardboard manufacturing to encourage farmers to sell it. 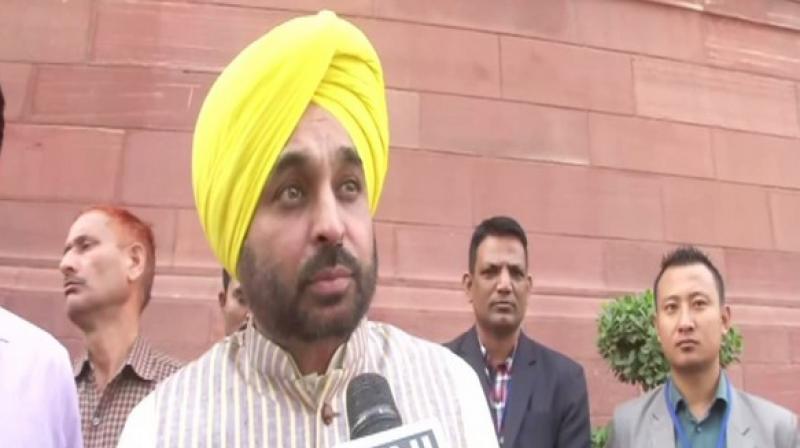 New Delhi: AAP lawmaker Bhagwant Mann and Apna Dal leader Anupriya Patel said in Lok Sabha on Thursday that farmers should not be blamed for stubble burning which is being considered as one of the main reasons for air pollution in Delhi and demanded that they should be encouraged to grow crops which do not leave residue

They also said that the government should explore ways of using stubble in biogas and cardboard manufacturing to encourage farmers to sell it.

Participating in a discussion on "Air Pollution and Climate Change", Mann said farmers should be encouraged to grow crops like pearl millet (bajra) and sunflower as they do not leave stubble after harvest.

He said farmers grow crops which leave stubble as they get minimum support price (MSP). If the government announces a reasonable MSP on pearl millet and sunflower, then farmers would be encouraged to cultivate it, Mann, who represents Sangrur in Punjab, said.

Patel said stubble can be used for biogas and cardboard manufacturing and farmers should be encouraged to sell it.

The discussion had remained inconclusive on Tuesday.