Girl dies of snake bite after denied treatment for hours

The authorities concerned suspended a teacher of the school and two doctors of taluk hospitals. 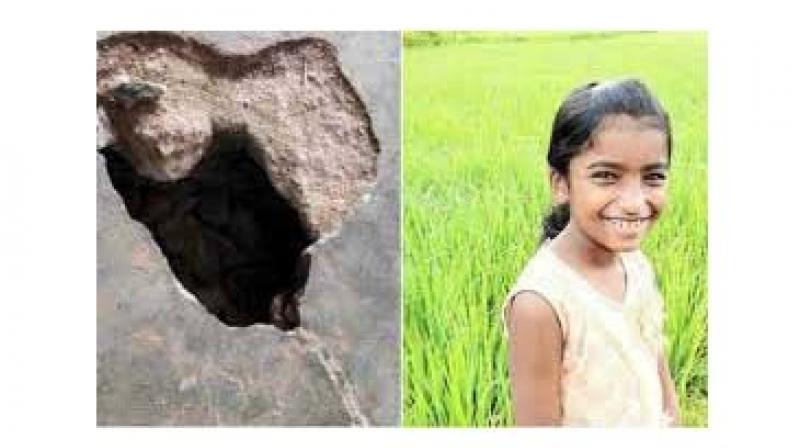 A hole in the concrete floor of the classroom (left) through which the snake bit the deceased. Class 5 student Shehala Sherin.

WAYANAD: A snake ended the life of a fifth standard student of a government school at Sulthan Bathery on Wednesday, triggering an uproar over the negligence of the school authorities and the medical personnel of three hospitals where she was taken.

The authorities concerned suspended a teacher of the school and two doctors of taluk hospitals. The girl, Shehala Sherin, 10, of Sarwajana HSS, is the daughter of Azeez and Shajna, lawyer couple of the district.

She was reportedly bitten by a snake through a hole in the concrete floor of the classroom where she was sitting. The teachers initially told her classmates that it was an injury caused either due to a nail, stone or a similar object. “We asked the teacher on the spot why she could not be taken to a doctor,” one of the students told reporters.

“After almost an hour, we saw her feet turn into a blue colour. It was only after that her father reached the school and took her to the hospital,” a student said.

“She herself kept telling the teachers that she had been bitten by a snake,” another student said.

As Shehala’s father reached the school, he saw her sitting in the class with a bandage on her foot. While she was being taken to the Kozhikode Medical College, her condition worsened and was taken to a private hospital at Vythiri, where she died.

Earlier, though one of the teachers insisted on taking the student to a hospital, another teacher P.V. Shijil did not allow it, according to students. The teacher was later suspended by the education department.

Chief minister Pinarayi Vijayan said the incident was unfortunate and assured strong action against those responsible for the lapse in saving the child’s life.

On hearing about the incident, Congress leader Rahul Gandhi, who was elected to the Lok Sabha from Wayanad, wrote to Mr Vijayan, stating that the school’s “crumbling infrastructure” needed urgent attention of the state government.