The students of the JNU have been protesting for the past three weeks against hostel fee hike, a dress code among others 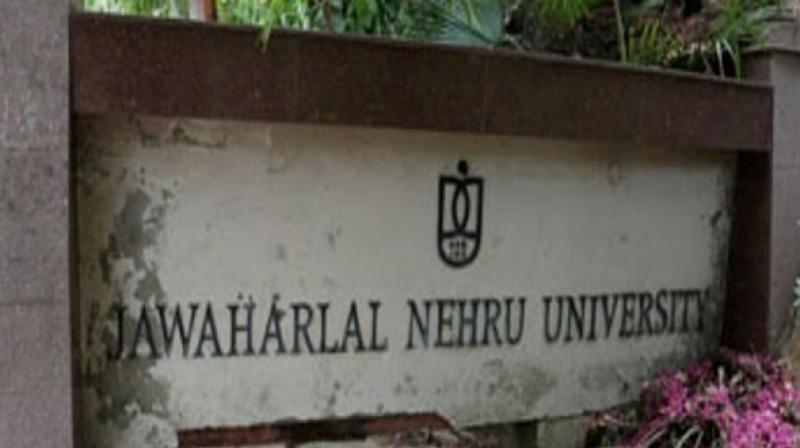 It claimed that propaganda was being run that a large number of poor students would be adversely affected by the revised hostel charges. (Photo: ANI)

New Delhi: The Jawaharlal Nehru University (JNU) has justified its decision of revising hostel fee by saying that it has a shortage of more than Rs 45 crore due to huge electricity and water charges and salary of contractual staff.

"The University has a deficit of more than Rs 45 crore because of huge electricity and water charges and salary of contractual staff," the JNU on Thursday said in a statement, adding that there was a "misinformation" campaign being run in the name of hostel fee hike.

It claimed that propaganda was being run that a large number of poor students would be adversely affected by the revised hostel charges.

The JNU was unable to pay its 450 contractual employees as the University Grants Commission (UGC) no longer allowed payment of salaries of such employees of hostels from the salary head of the budget.

"The UGC has given clear instructions to JNU that all shortfalls in the non-salary expenditures should be met by using the internal receipts generated by the University. Thus, there is no alternative for the IHA than to collect service charges from the students," it said.

As per the preliminary estimates, the revised hostel charges for each general student is approximately Rs 4,500 per month including Rs 2,300 was for food charges per month.

"The below poverty line (BPL) category students have to pay only 50 per cent of the remaining amount of Rs 2,200. Therefore, a BPL category student has to pay approximately Rs 3,400 per month," it said.

Out of 6,000 students residing in the JNU hostel, 5,371 students received financial aid in the form of fellowships and scholarships.

Dismissing reports that the revised hostel charges in the JNU are more than similar charges in other Central Universities, the institute said, "It needs to be underlined that the JNU does not charge developmental fees, unlike other universities. Moreover, the admission fee in the JNU has been minimal for decades and no revision has taken place for more than four decades."

Justifying the revised hostel fee by its administration, the varsity said, "While the JNU charges admission fee Rs 300 per annum, the Central University of Hyderabad charges around Rs 10,000 per annum."

The students of the JNU have been protesting for the past three weeks against hostel fee hike, a dress code among others

The fee was, however, partially rolled back. Now, the room rent for single-seater rooms will be kept to Rs 600 per month, while it will be Rs 300 for those students who are from the BPL category.