India   All India  22 Nov 2019  Kerala students take out march in protest over death of girl due to snakebite
India, All India

Kerala CM said the incident was unfortunate and assured strong action against those responsible for the lapse in saving the child's life. 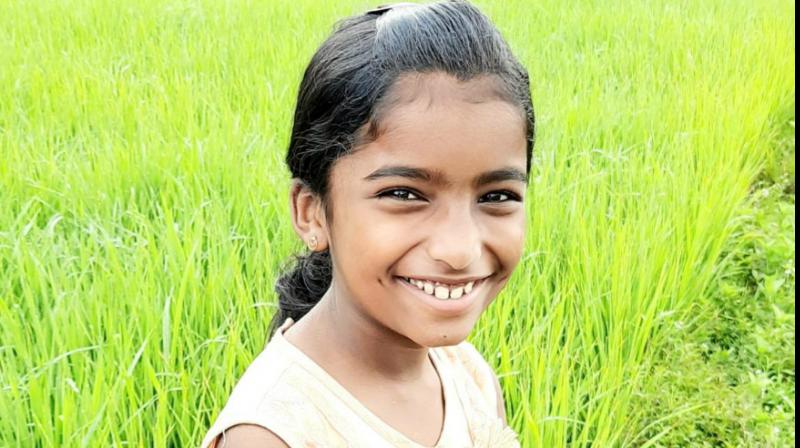 Students of a government school took out a protest march here on Friday demanding stern action against their teachers over the death of a 10-year old girl after being bitten by a snake inside her classroom. (Photo: File)

Wayanad: The Students Federation of India(SFI) members clash with Police during protest against the death of a 10-year-old student herenon Friday.

Students of a government school took out a protest march here on Friday demanding stern action against their teachers over the death of a 10-year-old girl after being bitten by a snake inside her classroom.

Raising slogans and holding placards, the students in their uniforms, took out the march through Sulthan Bathery town and converged in front of the government vocational higher secondary school in Wayanad district.

Shehal Sherin, a fifth standard student, died after being bitten by a snake inside her classroom on Wednesday. "We want justice for Shehala. Stern action should be taken against the Parents Teachers Association (PTA), the teachers who refused to rush the student to hospital and the doctors who refused to treat her," a student said.

A boy student, with a plastic snake wrapped around his neck, said there is not even a first aid box in the school where there are snakes slithering everywhere on the playground and in classrooms.

There are snake pits in many places in the school compound, he said. Basic facilities like clean toilets are not available at the vocational higher secondary school, some others said.

Meanwhile, Wayanad District Sessions Judge A Harris visited the school this morning and saw the sorry state of the school and its premises and said it was unfortunate.

"We are taking the situation seriously," he told reporters. District Child Welfare Committee (CWC) President K Aravindakshan said based on newspaper reports on the death of the student, CWC had on their own registered a case.

A detailed report has been sought from the Deputy Director of the Education department and District Medical Officer on the lapses on the part of school and hospitals, where the child was taken.

Meanwhile, the government has suspended a casualty medical officer of the Bathery taluk hospital for not administering anti-venom to the child.

Shehala Sherin, a fifth standard student, was taken to hospital over an hour after the incident at around 3 pm on Wednesday, her fellow students had alleged. Though her parents rushed her to four hospitals where no anti-venom was administered and they were told to take the child to the Kozhikode Medical College hospital, which is about 90 km from Sulthan Bathery.

Chief Minister Pinarayi Vijayan said the incident was unfortunate and assured strong action against those responsible for the lapse in saving the child's life. "The teachers are supposed to educate the children on how to react in such situations. But in this case, the teachers, despite repeated requests from students failed to take the child to hospital," the chief minister said. Strong action will be taken against those responsible for any lapses in their duty, Vijayan added.