India   All India  22 Nov 2019  Sena-Cong-NCP get the better of BJP in Maharashtra mayoral polls
India, All India

The Shiv Sena managed to win the posts of mayor and deputy mayor in Mumbai and neighboring Thane. 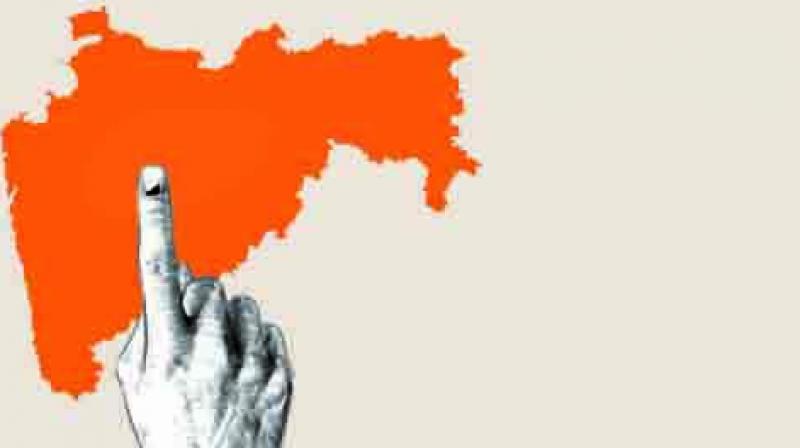 Although the ruling BJP had a clear majority in the Nashik Municipal Corporation, the Shiv Sena tried garnering support from the Congress, NCP and MNS, similar to its efforts for forming a government in the state. (Photo: File | Representational)

Mumbai: The BJP was outsmarted on Friday by emerging political combinations in Maharashtra and lost mayoral polls in Latur and Ulhasnagar despite having a majority in both civic bodies.

The Shiv Sena managed to win the posts of mayor and deputy mayor in Mumbai and neighboring Thane.

The BJP, however, managed to keep its flock together and got the support of the Maharashtra Navnirman Sena (MNS) to win the posts of mayor and deputy mayor in Nashik.

In Latur, the Congress' Vikrant Gojamgunde was elected mayor, in what is being seen as a setback for former BJP minister Sambhaji Nilangekar.

In Ulhasnagar, the BJP, despite having a majority in the municipal corporation, was beaten by former saffron ally Shiv Sena which won the mayor's post after it got the support of the NCP, Congress and a local outfit called Team Omi Kalani (TOK).

In Mumbai, the Sena's Kishori Pednekar and Suhas Wadkar were elected unopposed as mayor and deputy mayor respectively as the BJP did not field candidates for the two posts.

In Parbhani, Anita Sonkamble and Bhagwan Waghmare of the Congress, which is the largest party in the civic body, were elected mayor and deputy mayor.

In Nashik, Satish Kulkarni of the BJP was elected mayor after a group of its corporators, who were cosying up to the Sena, stayed back.

With five MNS corporators also voting for the BJP candidates in the Nashik Municipal Corporation, the latter won the deputy mayor's post as well, with 82-year Bhikubai Bagul getting the post unopposed.

In the 70-member Latur civic body, BJP had 36 and Congress 33 corporators while the NCP had one.

A rebel BJP corporator, Chandrakant Birajdar, was elected Latur deputy mayor after he defeated his former colleague Bhagyashree Koulkhere with the help of the Congress.

Although the ruling BJP had a clear majority in the Nashik Municipal Corporation, the Shiv Sena tried garnering support from the Congress, NCP and MNS, similar to its efforts for forming a government in the state.

Former mayor Balasaheb Sanap had left the BJP and joined the NCP to contest the recent state Assembly polls, after the former denied him a ticket.

He then went on to join the Shiv Sena. Around 10 to 15 of Sanap's supporters were won over by Shiv Sena, making things difficult for the BJP.

While Ajay Boraste was Sena's candidate for the Nashik mayor's post, Kamalesh Bodke was chosen by the party for the deputy mayor's post. However, all equations changed at the last minute, when MNS decided to back the BJP in NMC.