Ministry on November 20 had cancelled the citizenship of Chennamaneni for concealing facts about his visits abroad. 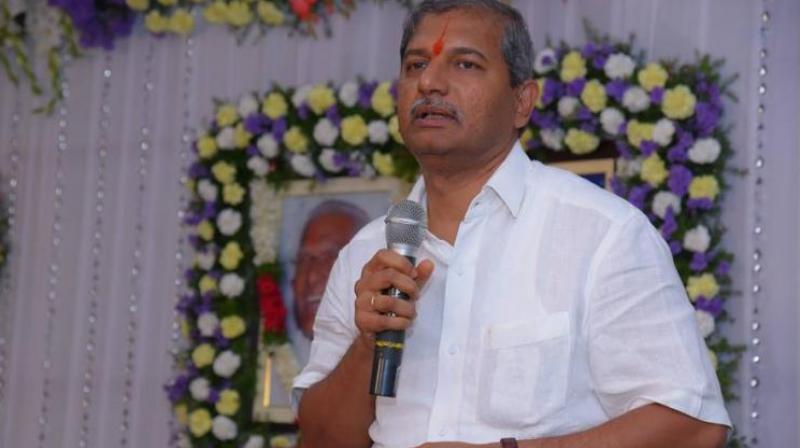 Ministry recently cancelled citizenship of Chennamaneni, who is a four-time MLA in Andhra Pradesh and now Telangana. (Photo: File)

Hyderabad: In a big relief to Telangana MLA Chennamaneni Ramesh, High Court on Tuesday stayed the orders of the ministry of home affairs for four weeks.

Ministry recently cancelled citizenship of Chennamaneni, who is a four-time MLA in Andhra Pradesh and now Telangana.

The case was posted for further hearing to December 16 by Justice Challa Kondanda Ram, News 18 reported.

Ministry on November 20 had cancelled the citizenship of Chennamaneni for concealing facts about his visits abroad.

Chennamaneni, who was re-elected to Telangana Assembly from the Vemulawada constituency in 2018, had filed a petition in the Telangana High Court seeking to set aside the orders of the ministry and also requested for the suspension of proceedings.

On Wednesday, The ministry issued an order, in which it said that the information was related to his visits during the 12-month period immediately preceding his application seeking Indian citizenship.

The Ministry also said the competent authority had considered various aspects like Chennamaneni is a sitting MLA and has no criminal background.

"His misrepresentation/concealment of facts misled the government of India in making its decision initially. Had he revealed the fact that he had not resided in India for one year before making the application, the competent authority in this ministry would not have granted citizenship to him," the ministry order said.

Y Ramarao, advocate for Chennamaneni argued that citizenship is stripped only when the person's behaviour 'is not conducive to the public good.'

Reacting to the court's order, Chennamaneni said he was happy with the result.